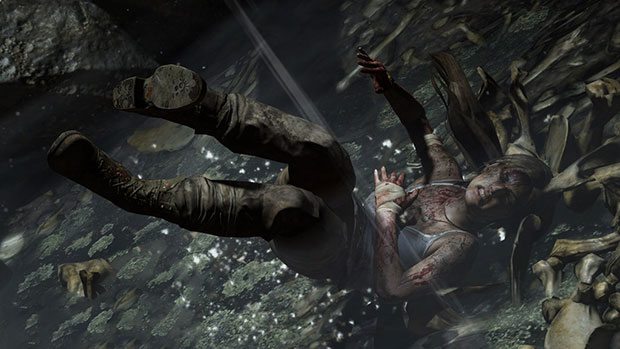 Square Enix’s Tomb Raider reboot was revealed a few weeks back to include multplayer for the first time in the series. In the February issue of OXM, details have arisen on two multiplayer modes and the general idea of what the developers had in mind for the multiplayer leveling system.

Team Deathmatch pits “survivors” of the single player shipwreck against the “scavengers” of the island in a best of three type game variant.

Rescue is an objective based game type in which the survivors must find and deliver med packs to different points on the island. The scavengers however must stop the survivors and reach a certain kill count in order to win the match.

The maps have fairly destructible environmental hazards such as certain bridges being destructible and the use of spike traps within the levels. The leveling system allows you to earn xp playing the different game modes unlocking new character skins to bring into the multiplayer modes.

A third multiplayer mode known as “Cry For Help” was also revealed but, details were withheld on this particular mode.

Tomb Raider’s official launch date has been set for  March 5, 2013