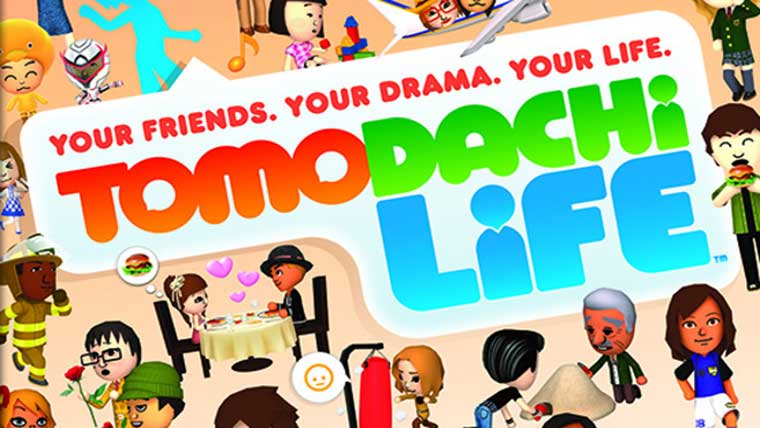 Tomodachi Life is heading to the Nintendo 3DS on June 6th. Nintendo revealed the upcoming game in a special edition of Nintendo Direct, which has got Nintendo fans excited about the upcoming life-sim. Tomodachi Life is already a popular series in Japan for Nintendo, what we’ve seen from the localization is a game that is undeniably quirky in the way that many Japanese games are.

Taking a page from Animal Crossing New Leaf, Tomodachi Life will compel its players to check in and see what their characters are doing in this alternate reality. You can find Nintendo’s official explanation of Tomodachi Life below, and footage of the game from Nintendo Direct.

Mii characters behave based on the personality traits you select, playing out the drama you set in motion.

“Tomodachi” is the Japanese word for “friend.” After completely customising all your Mii characters (or simply scanning them into the game via QR Code), you’ll recognise them instantly – from their unique vocal traits and appearances right down to their personality quirks. But you can’t possibly predict what they’ll do next. For the first time ever, Mii characters behave based on the personality traits you select, playing out the drama you set in motion. A pop star might fall in love with your lookalike. Your mum might jump on stage to belt out heavy metal songs. Or you could become famous striking poses down the runway of a fashion show wearing cute and silly outfits. Best of all, you can document these unbelievable moments for posterity and share them all with your friends via the Nintendo 3DS Image Share service.

The plot of Tomodachi Life thickens with the addition of each character. As they deliver one gripping twist and turn after another, you can reward them with gifts and clothes, their favourite foods or special flourishes for their apartments. Together you can further broaden your Tomodachi Life horizons by expanding a wide variety of facilities on the island, solving characters’ problems and helping them with their needs.”