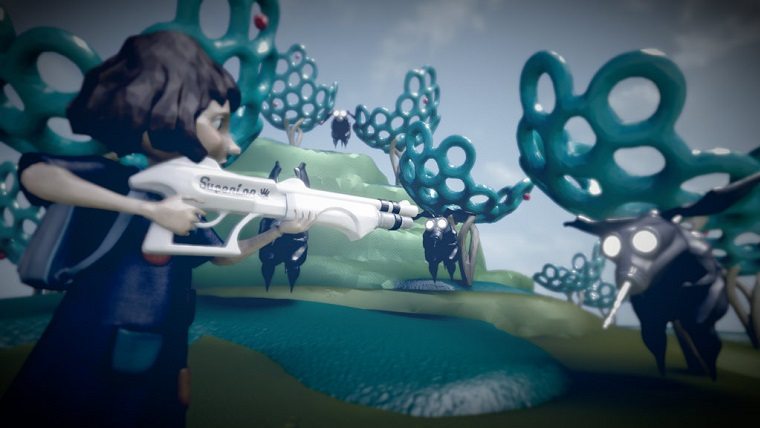 Following the successful closed beta period that The Tomorrow Children enjoyed in January this year, developer Q-Games has now announced that the game’s open beta that will run this entire weekend is now live. The is available for PlayStation 4 and will come to a conclusion on Monday at 9 AM.

The developer also realize that this will be the first time that many will experience the game, which has resulted in them providing a break down of everything the game has to offer. Check that out below.

The Void – The true nature of the Void is a mystery, but it will claim those who stray too far from the stabilizing fields in towns. Be sure to use the bus to travel safely to islands.

Islands – The resources needed to expand and maintain towns, as well as Matryoshka Dolls in need of rescue, are found on the strange islands that surround towns. Take your tools and travel there to toil in service of our nation!

Power – Towns require electric power to function. Build and use Treadmill Generators to keep them going!

Coupons – Go to the Ministry of Labour to receive Ration Coupons in exchange for your hard work. These coupons are traded at kiosks for a variety of items needed for doing more work!

Defense – Towns are under constant threat of attack by the Izverg, monsters of unknown origin. Build turrets and arm yourselves to turn them away!

Cooperation – Remember that all comrades are working together for the common good. Items on the ground and stored resources can be used freely by all!

While The Tomorrow Children does not currently have an official release date, the game was most recently scheduled to release within the first half of this year. While that doesn’t seem to be the case anymore, if the beta testing goes well then it shouldn’t be much longer until it launches.