The latest news in the world of video games at Attack of the Fanboy
July 7th, 2017 by Jose Belmonte 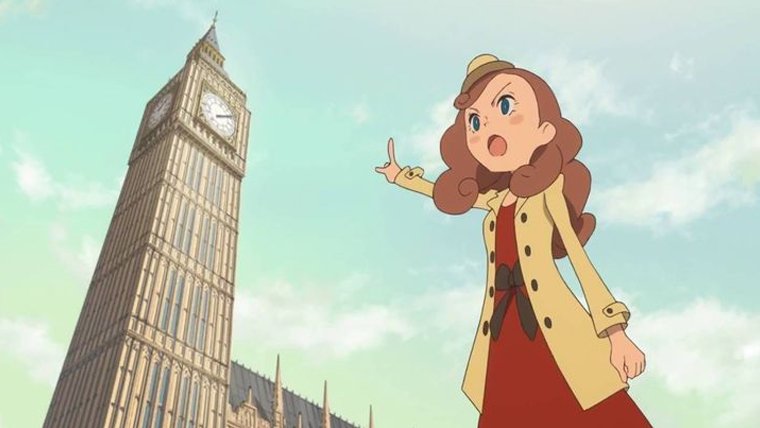 Today is an exciting day for fans of the Layton series, as the next chapter in the series, Layton’s Mystery Journey: Katrielle and the Millionaires’ Conspiracy, has finally presented its first preview, a lengthy video of more than four minutes that sets the story and the type of puzzles that players will have to solve in this new game.

Layton’s Mystery Journey will feature Katrielle Layton as the main hero for the first time, after six games with his father, the famed Professor Layton, as the protagonist. As opposed to previous games where players had to solve one big mystery, the new entry will feature many smaller cases all set in the city of London.

As the game is planned to launch first on iOS and Android devices, the gameplay has been adapted to feature mechanics that adapt the best to touch controls. The trailer shows a preview of many of these new puzzles and the various cases that Katrielle will have to investigate. As it’s traditional in the series, Layton’s Mystery Journey will present a charming artstyle and a charismatic set of characters, that will surely make for a very enjoyable adventure.

Layton’s Mystery Journey: Katrielle and the Millionaires’ Conspiracy will launch on July 20 for iOS and Android, at a price of $16. The game will be released later for Nintendo 3DS at a regular price. Watch the trailer below.