The latest news in the world of video games at Attack of the Fanboy
October 14th, 2012 by William Schwartz 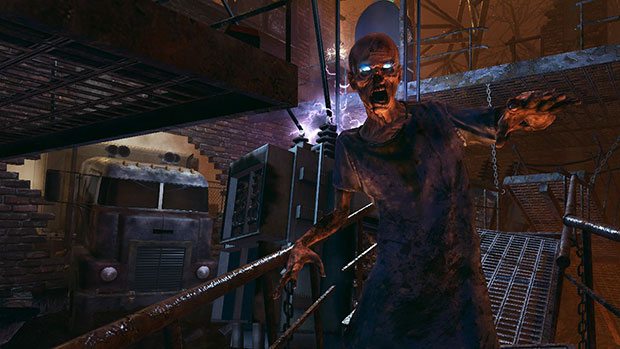 Black Ops 2 Zombies has been revealed to include numerous new features for the popular mode. A larger map, new game types, and other features have been discussed at length by Treyarch in recent weeks. More recently it was revealed that the popular game mode will get a theater mode addition which allows players to record, playback and share their Black Ops 2 Zombies clips.

Those that have played Zombies mode in the past will know that the game has contained its fair share of easter eggs for players that have put the time in to discover them. It looks like Black Ops 2 will continue this tradition, but Treyarch isn’t going to reveal any of this prior to launch.

In a recent interview, Activision’s Jay Puryear explains that the developer wants fans to discover these for themselves.

“We don’t want to give away too much, we want to let the fans know that we’re listening, that we’ve added some things to the game that they asked for, but we really want them to have that sense of discovery and to find out all of these things. We want it to be a surprise, we’ve worked hard to ensure there are lots of surprises in there, and we want the fans to find them for themselves…”