The latest news in the world of video games at Attack of the Fanboy
November 15th, 2016 by Dean James 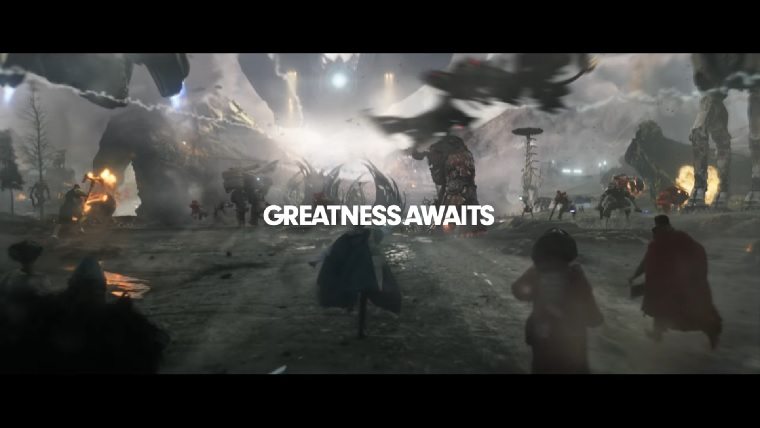 The PlayStation brand was once one of the best with their marketing on the commercials front, though they haven’t put out as much lately. However, they have quickly changed that with an absolutely fantastic live action spot for the PS4.

Simply titled “The King,” this ad is a live action short that follows a king that finds himself in a variety of different situations that revolve around PS4 titles past, present, and future.

This king starts off in a medieval setting, but the trailer then has him in massive warzones and even a city street where he has to be saved by Spider-Man from the upcoming Insomniac Games title. One of the coolest parts is seeing him fighting alongside a live action Kratos against some sort of creature as well.

Added in with a chilling version of “Sweet Dreams” by the Eurythmics, this commercial is one you’ll want to watch over and over again just to see what you may have missed. When looking closely, you can even spot a lot of game references in the background, such as a very small version of The Last Guardian’s Trico in the distance in the commercial’s final shot.

Make sure that you check out this trailer below, which I’m sure we’ll start seeing on TV and as online ads very soon. There is also a longer one through the official PlayStation FB page that you can view as well.