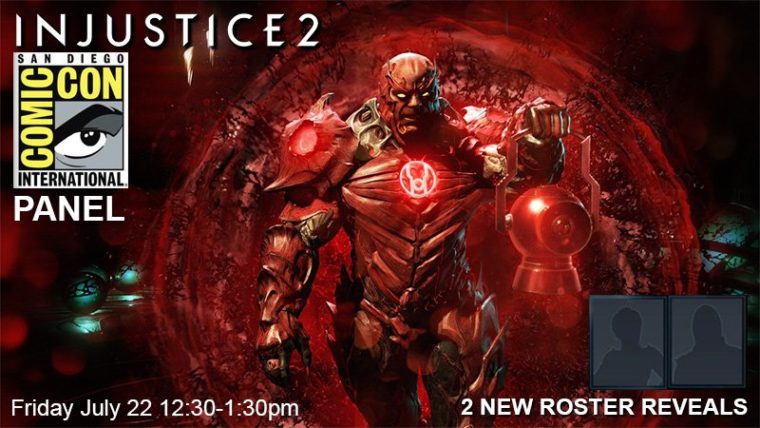 With the San Diego Comic Con event happening later this week, it has been announced that two more characters will be revealed in the Injustice 2 roster.

Ed Boon tweeted out: “Come see our Injustice 2 panel @ SD ComicCon Friday July 22 with 2 more character reveals!” If you look at the silhouettes, you can tell one character is a woman and the other is a man.

The best guesses from fans so far is that one of them is Power Girl and the other one is the Red Hood. Both characters are very popular in the DC comic book universe. NetherRealm would be insane not to include them in the game.

The Injustice 2 roster so far includes: Aquaman, Atrocitus, Batman, The Flash, Gorilla Grodd, Supergirl, Superman, and Wonder Woman. It is set to have the largest number of DC characters ever assembled for a video game.

Not to mention NetherRealm will be supporting the game via DLC. This means the roster will get even larger after the game comes out. The game is expected to be out in early 2017 for the PS4 and Xbox One consoles.

Injustice 2 Injustice: Gods Among Us NetherRealm
We're Looking For Contributors