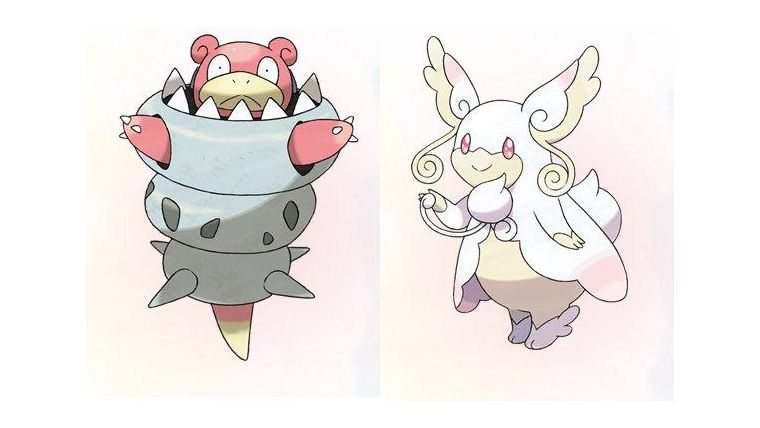 Pokemon Omega Ruby and Alpha Sapphire was announced months ago completely out of the blue and the reveals for the game has seemingly come out just as randomly as the original unveiling was. Most have been official releases through magazines like CoroCoro and such, but today’s comes from an accidental posting by the official Korean Pokemon website.

This time, we get the reveal of two brand new Mega Evolutions with Pokemon that are from two completely different generations, Slowbro and Audino. From the leak, it has been revealed that Mega Slowbro will have the ability Shell Armor, which seems fitting considering its shell is now covering most of its body. It will also retain his Water/Psychic type, with very strong Defense and Special Attack.

Mega Audino becomes a Normal/Fairy type in this new form with the ability Healer. Similar to Mega Slowbro, Mega Audino will have boosted Defense, but rather than high Special Attack, it will have high Special Defense.

These are likely the reveals that Junichi Masuda was going to reveal to the fans during Gamescom, but perhaps we will get something else with this leaking early. Pokemon Omega Ruby and Alpha Sapphire are scheduled to release on the Nintendo 3DS this coming November.