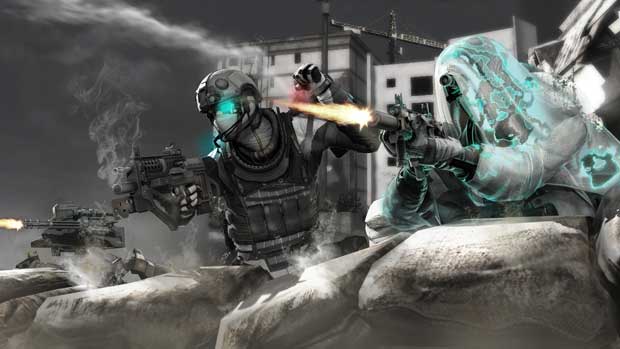 Ghost Recon was one of the games that ushered in the console online multiplayer experience, for me at least, and I’ve always considered it one of the most hardcore shooters on the market.  Well that market has evolved over the years, and it’s been awhile since Ubisoft has release an iteration of the franchise.  The task at hand for the developer is balancing the game to make it enjoyable for the “super hardcore” Ghost Recon fan, and the casual player.

With rising development costs, Ubisoft’s Matt Benson said that there’s “real pressure on us to make sure that we strike that balance between the creative and the commercial” he said in a recent interview.  “There’s always going to be that hardcore player.  There’s always going to be super-hardcore players and you’re never going to keep them happy.  They’re just going to want the first Ghost Recon on first-gen Xbox, and they’re going to want to be lying on the ground, camoed up, waiting 10 minutes for a guard to walk all the way back round and then pop him.  And that’s fine, but in terms of where we are right now as an industry, there are commercial needs that need to be met in order for us to make the game in the first place.  That’s the balance you’ve got to strike.  And that doesn’t mean dumbing down, although the net is very quick to say ‘Oh, they’re dumbing down Splinter Cell, they’re dumbing down this, they’re dumbing down that.’

Ghost Recon Future Soldier which we had the chance to play at E3 2011, is shaping up to be one hell of a game, especially in the multiplayer component.  We’ll see how it turns out when the final product releases in February of 2012 for PlayStation 3 and Xbox 360.