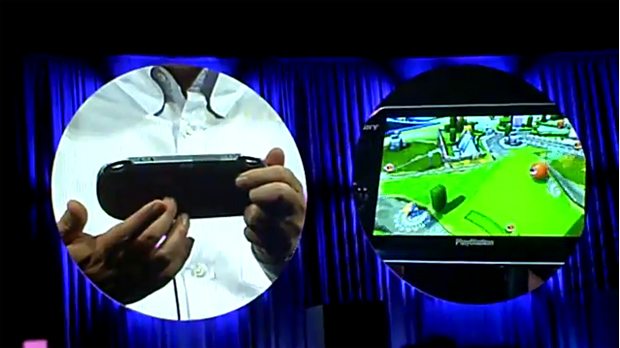 The NGP: is going to have a ton of first party support when it releases later this year.  At the PlayStation Conference it was unveiled that Uncharted, Killzone, and Resistance the big three feathers in Sony’s cap will be all have an offering for the device.  During the video presentation other first party Sony names were mentioned as well.

Hot Shots Golf, Wipeout, and Little Big Planet were all mentioned as titles that would be coming to the device.

The presentation also included a little bit of live running Uncharted gameplay, which means this isn’t just a pie in the sky idea. This is real people.  Seriously.  The new controls were featured and a demonstration of how the new touchpad device was used to control Nathan Drake in his handheld adventure.

Everything was incorporated, the gyroscopic features, the touch pad, the analogs, it looks pretty neat.