The latest news in the world of video games at Attack of the Fanboy
October 16th, 2022 by Sponsored Post 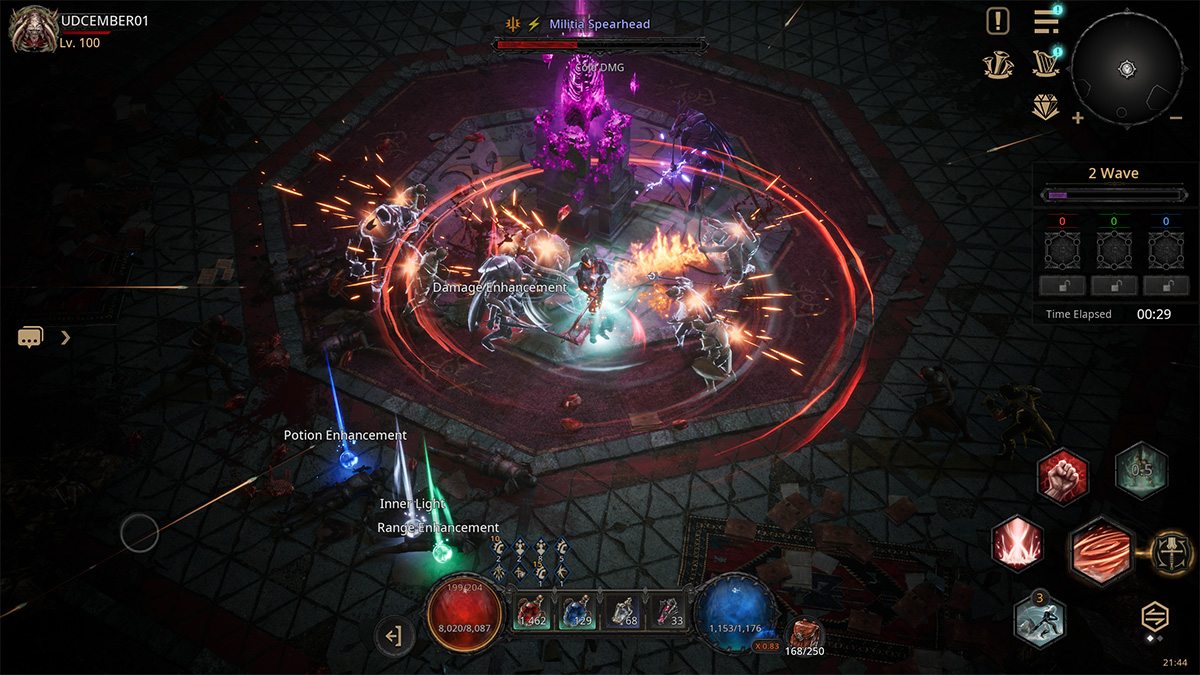 This article is written in partnership with UNDECEMBER.

With so many games vying for your free time, how does LINE Games’ recently released ARPG UNDECEMBER differentiate itself? It might not seem like much at first glance, but as you progress through the tutorial and embark on your quest, one thing becomes clear: UNDECEMBER has complete player freedom when it comes to sculpting the perfect character class.

As you step out into the world and are thrust right into the action, UNDECEMBER offers players a choice of multiple weapons to get them started. While you might assume you can only grab one, players will be surprised to see that they aren’t restricted in how they progress through the tutorial. If you just cannot deal with ranged attacks, go with the sword and get up close and personal with some enemies. There are no prerequisites for wielding any weapon.

Much like weapons, skill points also function differently in UNDECEMBER. The skill trees are diverse but have some general overlap in terms of increasing base stats. While it might look daunting, the system feels great and rewards you for maxing out all of the skill trees rather than opting into one. It’s wise to level up each skill, even if your specific playstyle has you favoring one skill over the other. 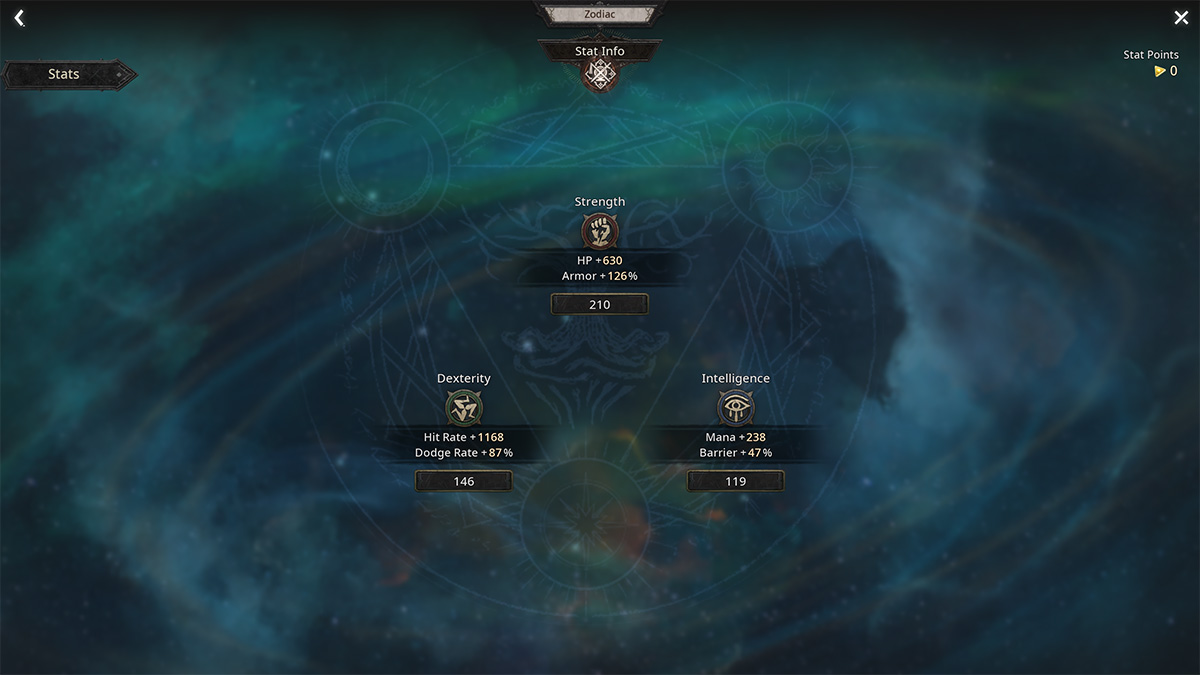 When it comes to leveling up, the intriguing Zodiac system gives you granular control over what your character can do. Across a grid of constellations, players will be given the choice of which skills they want to learn and where they want to spend stat points. All characters will have three basic stats they can upgrade: Strength, Intelligence, and Dexterity. Each level-up awards you points to put into those stats.

If ranged combat is your forte, a skill tree dedicated to accuracy and evasiveness will let you hone your tactics on the battlefield. If you enjoy brute strength, a different tree with skills for attack strength and speed will give you the edge against your foes. The best part is that UNDECEMBER lets you undo and reset your stats at will.

Using abilities, attacks, or techniques in UNDECEMBER uses the Rune system. There’s no set order for skills in this game, so when you find something, it’s yours. Though some abilities require specific weapons, it feels fresh and exciting to find and use techniques in no specific order. 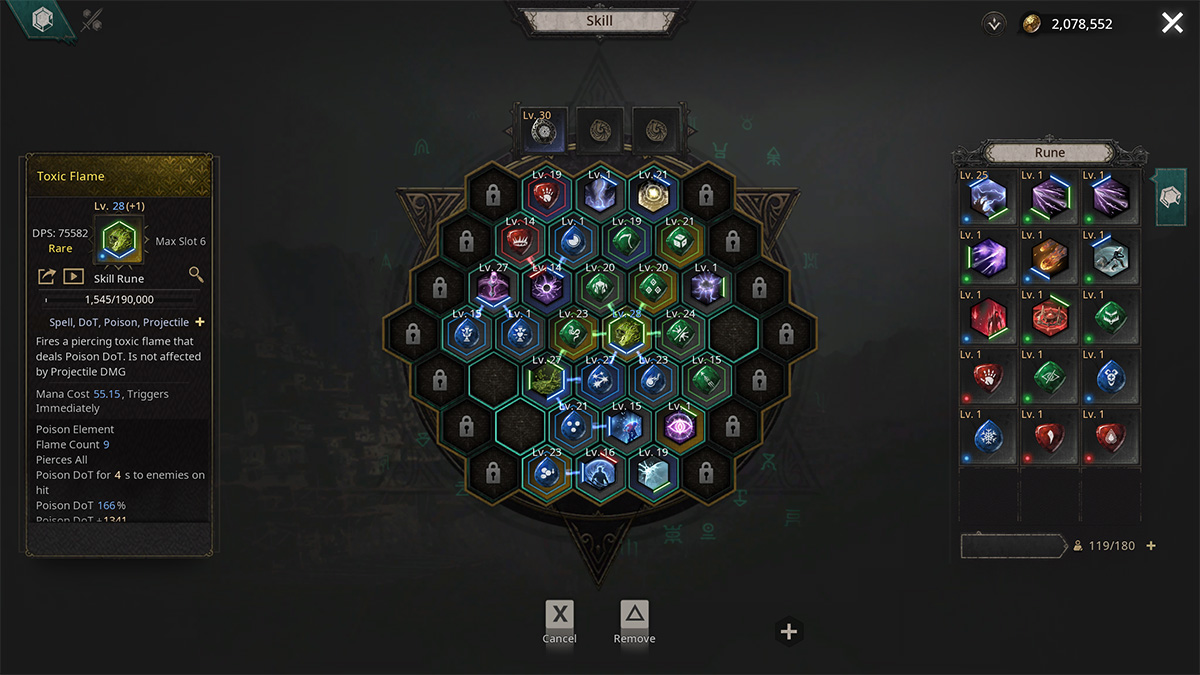 Each Rune has six sides and can be situated on the skill grid however the player sees fit. On one or more of each Rune’s sides will be a colored bar that can be connected to colored gems. These gems offer enhancements to attack output, speed, or magical ability. Mixing and matching gems can happen across multiple Runes simultaneously, allowing you to buff all of your attacks with careful placement.

The story and plot of the game are similarly exciting. LINE Games has stated there will be a total of 10 unique acts, all covering different regions in the world and different storyline trees. Currently, there are a few acts, and they inspire tons of confidence moving forward with the game. Each area of the region makes us more excited to explore the next.

We appreciate UNDECEMBER being fully voice-acted and having exciting cutscenes to help build out characters. These characters have seen better days, but all of them remain hopeful that you can lead them to the light at the end of the tunnel. You can learn more about NPCs during your travels by collecting different items and artifacts hidden throughout dungeons, giving more depth to their struggles.

More popular these days as well is cooperative play, and LINE Games did not forget to include it — UNDECEMBER supports full crossplay between platforms, so no matter what system you’re playing on, you can join up with your crew and take down sizable bosses.

We appreciate the NPC-upgrade system tie-in via blacksmiths and arcane masters that will help upgrade your weapons and abilities. Looking to upgrade your standard sword to one with poison damage, or fire resistance? Travel your way to a blacksmith who can make that happen. There are tons of unique upgrades for the player to explore and min-max.

The benefit of this system is that players aren’t forced to swap out for new items that are only marginally better. Keep your favorites and upgrade them throughout the game — if you ever find yourself wanting to do a full swap to a new item, you can transfer your past upgrades to it and keep your power level.

LINE Games has created a fully fleshed-out ARPG with tons of customization and character development — and it’s free to play on all platforms.

You can play the UNDECEMBER for free on Steam, IOS, and Google Play.