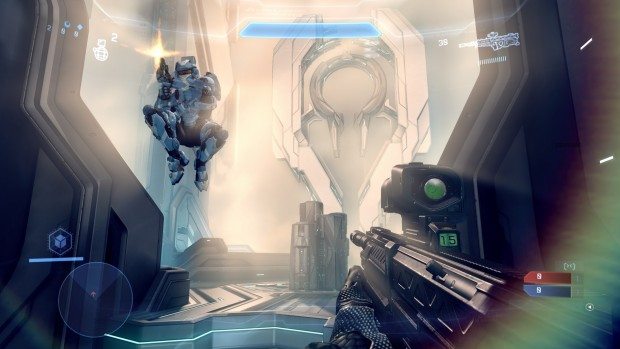 When something you’re anxiously awaiting is still about three months away, does it make the wait easier or more difficult when you’re reading and watching a consistent stream of news and video for that product? We’re going with the latter. You’re killing us with all of this Halo 4 content, 343i.

343 Industries and the Halo Waypoint team recently released a short video detailing the sights and sounds of UNSC weaponry in Halo 4 and it gives gamers a good sense of what they’ll have in their hands come November. While the Turret, AR, Magnum, Rocket Launcher, Shotgun, Sniper, and Spartan Laser all return in similar fashion, the new specialty weapons of Halo 4 (most of which are sure to be included in “Ordinance drops”) present some interesting multiplayer situations and balance options.

Firstly, the Sticky Detonator looks to largely replace the Grenade Launcher of Halo: Reach, which if used by a player aware of its specific range and attributes was deadly particularly to opposing teams caught grouped together. The Detonator will undoubtedly become a power weapon of sorts to the more strategic players who will be able to calculate the most walked paths on each map and carefully place mines to deal out heavy damage to large numbers.  The SAW looks to be a high-powered automatic machine gun with a high rate of fire and will probably best be used as a spray weapon in close quarters. The Railgun clearly requires a short charge before being fired, but triggers a precise and intense explosive shot upon release.

Also worth noting is that the DMR has evidently undergone some changes in regard to “Bloom” elements that affected its precision so heavily in Reach. Rather than a smaller reticule inside a larger crosshair growing and retracting with each shot, it now appears that 343i has decided to implement just one reticule that retracts minimally after firing.

Check out the entire UNSC arsenal available in Halo 4 below: