The latest news in the world of video games at Attack of the Fanboy
March 4th, 2017 by Joel Santana 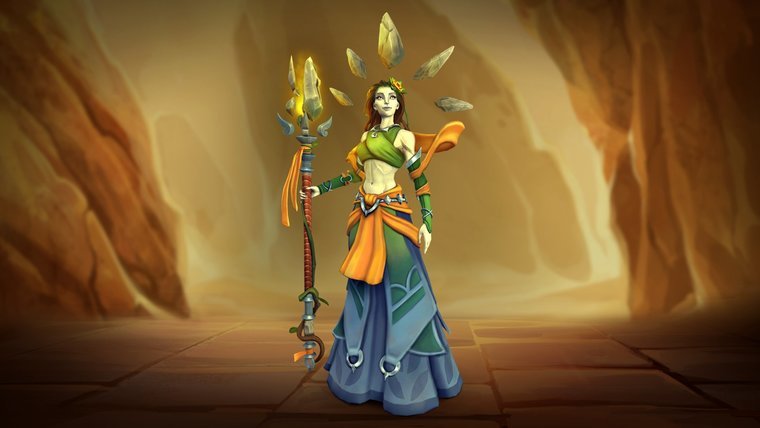 The latest patch for Hi-Rez Studios’ free-to-play hero shooter, Paladins has been detailed and with it will come some interesting additions and changes to the game. From the release to Paladins’ 23rd champion, Inara “The Stone Warden” to new skins for both Androxus and Tyra to the usual character balances such as Maeve getting hit pretty hard in terms of nerfs.

The biggest addition without a doubt to the game in the OB 45 patch is none other than the inclusion of Inara, The Stone Warden who’s set to be fall under the front line class. Below you’ll find everything you need about the latest champion including a closer look at Inara thanks to Raynday:

View the skins below:

As with every Paladins patch to go live, you can also expect a round of balance changes to make it’s way and OB 45 is no different. To view the changes feel free to check out the official patch notes here. However, there’s one character that got hit pretty hard and that’s none other than Maeve one of the more recent additions to the game:

Additionally, with the reveal of the OB 45 patch this also means that dataminers have also discovered what’s next so to speak for Paladins. Such as the next few champions are hinted to being a lawman prototype, oracle prototype and an lex prototype. Not much else is known from the upcoming three champions aside from possible names such as the lawman possibly being named “Zenith”.

The dataminers have also discovered the next couple of cosmetic items which is said to be the following:

The OB 45 patch is expected to hit the PC platform early next week, with the console version of the game getting the patch at a much later date since the game is still in a closed alpha state.