The latest news in the world of video games at Attack of the Fanboy
October 31st, 2014 by William Schwartz 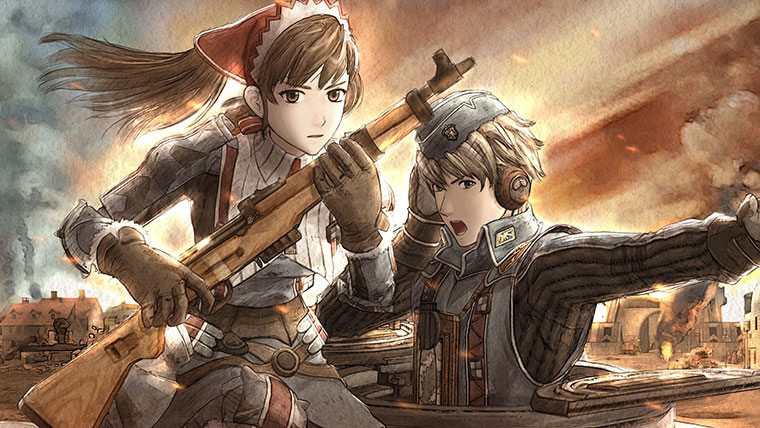 SEGA has revealed that Valkyria Chronicles is heading to PC. For those of you that don’t know, Valkyria Chronicles will have players embark on an adventure through many beautiful environments and battle legions of troops in order to save the small country of Gallia. The games theme is reminiscent of a 1930s Europe that is on the verge of a great war. The story follows Welkin and his fellow soldiers of the Federation’s 7th Platoon who are trying to stop the Empire at all costs. The Empire will stop at nothing in order to unify the continent under its power.

“Valkryia” is an ancient race that is gifted with special powers thought to exist in legends that not only turns the tide of the war and the Federation’s ability to win but to also give hope for a better future, all this hangs in the balance. Valkria Chronicles was a big success which ended up getting an overall score of 86% on Metacritic as well as earned a Guinness World Record back in 2010 for being the best Strategy RPG on PS3. Valkria Chronicles will be available on PC via Digital Download on November 11th. It will come bundled with all the DLC that was available for the original PS3 game including: