Vampire Luis Suarez Not In FIFA 15’s Career Mode Yet

The latest news in the world of video games at Attack of the Fanboy
October 1st, 2014 by Damian Seeto 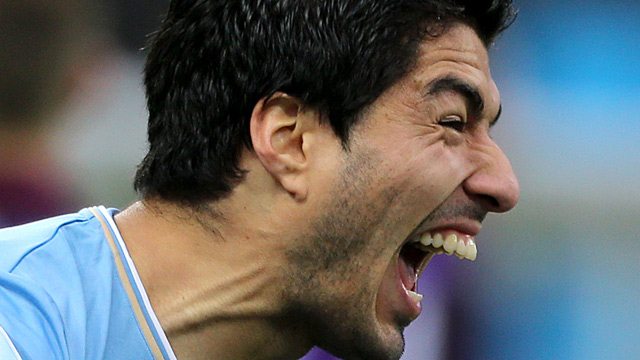 If you want to play as Luis Suarez in FIFA 15’s career mode, you cannot yet as he is banned from the video game too.

Luis Suarez was banned from playing football/soccer for four months earlier this year. This is because he was caught biting Italian player Girogio Chiellini during the World Cup Tournament in Brazil. FIFA banned him which also affected his video game likeness in FIFA 15 too.

Luis Suarez will not be playable in some modes in FIFA 15 until October 26th when his ban has been lifted. You can still play as him during the game’s offline modes, but some modes are realistic as they mirror what happens in real life.

If you attempt to trade Luis Suarez or do anything with him in the career mode, the following message appears:

“Please be aware that Luis Suarez is serving a suspension and will not be available for selection until 26 October 2014.”

Luis Suarez has been called many things such as a vampire or even Jaws due to his biting incident. It’s pretty funny how his real life antics also affect FIFA 15 too.