Vermintide Free To Play On Steam This Weekend

The latest news in the world of video games at Attack of the Fanboy
May 26th, 2016 by Scott Grill 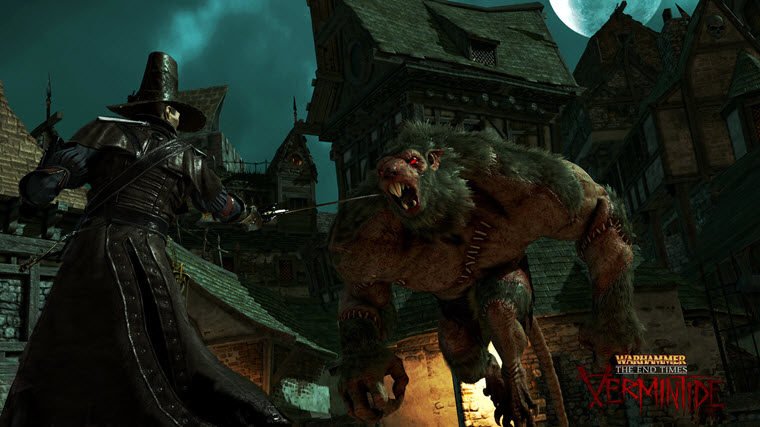 The developers behind Warhamer: End Times – Vermintide have made the co-op survival shooter available free to play for all PC gamers on Steam this weekend. The free trial is meant to celebrate the launch of the Drachenfels DLC and the release of the 1.3 patch.

Warhammer: Vermintide will be free to download and play through Sunday, May 28 at 4 p.m. ET / 1 p.m. PT. Additionally, developer Fatshark has marked the game down 40 percent and it can now be purchased for just $17.99.

For those unfamiliar, Vermintide is similar to the Left 4 Dead franchise as a group of four characters try to survive against a horde of enemies. The difference here though is the horde of enemies are a horde of rat men called the Skaven set in the Warhammer: The End Times universe. The has garnered positive reviews and is definitely worth checking out for those who are fans of co-op action games.

The 1.3 patch released today fixes several bugs and some key feature additions, such as a redesigned Lobby Browser and various UI enhancements. The patch also adds support for the Drachenfels DLC, which adds three new maps outside the walls of Ubersreik – Castle Drachenfels, Summoner’s Peak, and Dungeons. The Glaive has also been added as a new weapon for the Wood Elf and the Witch Hunter has received the Volley Crossbow.

Drachenfels is the fourth DLC released for Vermintide and only the second that requires a purchase to play. It costs $8.99 while the Schluesselschloss DLC released in March is only $2.99. Sigmar’s Blessing and Last Stand were smaller add-ons released for free.

Fatshark has smartly made it so that you don’t have to purchase the DLC to play it. Players who do have one of the paid DLC packs can invite friends to play on the DLC maps even if the friend doesn’t own it.