New This Week in Video Games | Ni no Kuni

The latest news in the world of video games at Attack of the Fanboy
January 20th, 2013 by William Schwartz 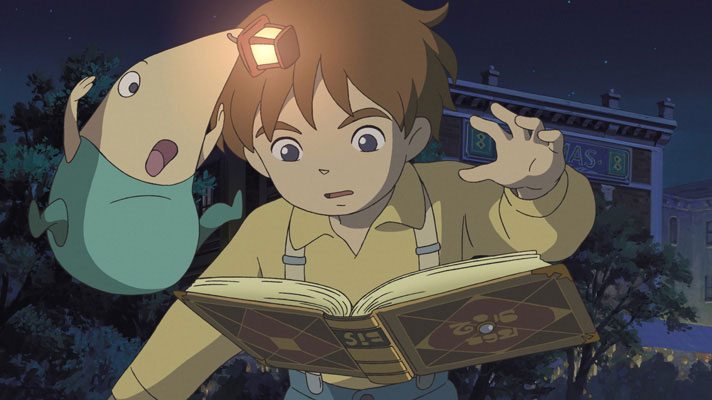 The Cave – PlayStation 3, Xbox 360, PC – The Cave is a new adventure game from Monkey Island and Maniac Mansion creator Ron Gilbert, and Double Fine Productions, the award-winning studio behind Psychonauts and Brutal Legend.  Assemble your team of three from seven unlikely adventurers, each with their own unique personalities and stories, then descend into the mysterious depths to explore locations including a subterranean amusement park and a medieval castle, not o mention a full armed and ready to launch nuclear tipped ICBM.

Devil May Cry – PC – Dante is caught between two worlds — the world of humans, and the darker, evil world of demons. The child of an angel and a demon, he knows he’s neither human nor demon — he’s an outcast. After a lifetime of being tormented by demons, Dante is a man with no respect for authority or society in general. Join Dante on his mission through Limbo.

ShootMania Storm – PC – DELAYED – A fast-paced FPS where players like you are given the central stage. Come to enjoy the pure online madness in 1v1 or team based battles. You decide what you want to play, and if it is not available, it’s up to you to create it and show the ManiaPlanet gaming network what you are all about. For fun or competition, Storm will be out soon to bring you thrilling games!

Max Payne 3: Deathmatch Made in Heaven DLC – Xbox 360, PlayStation 3, PC – The Deathmatch Made in Heaven Pack will feature new cooperative and competitive game modes for Max Payne 3.  The downloadable content will be available on January 22nd for 800 Microsoft Points on Xbox Live and $9.99 on the PlayStation Network and PC.  This content will be released on January 30th in Europe.

Dust 514 – PlayStation 3 – DUST 514 brings intense infantry combat, large-scale warfare, and deep character advancement to a free-to-play massively multiplayer shooter, exclusively on the PlayStation 3. Wage war in the next generation of first-person shooters, where a single victory could prove the crushing blow to a galactic empire of thousands of online EVE Online gamers.

Escapevektor – PlayStation Vita – EscapeVektor is a retro styled arcade game in which the player controls Vektor, an entity trapped in the player’s system. The player has to help Vektor escape the Vita’s CPU which has been holding him captive. In making his escape, Vektor must avoid enemies sent out by the CPU.