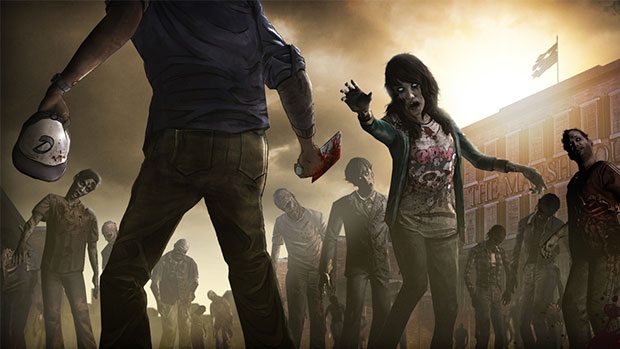 “No Time Left”, the Season Finale for Telltale Games’  The Walking Dead franchise, will arrive on November 20th. Episode 5 will be launching on the PlayStation Network in North America on November 20th. On the 21st, European PSN Users, Xbox Live, PC, Mac, Steam, and iOS devices will recieve the content.

The Walking Dead is a five-part game series set in the same universe as Robert Kirkman’s award-winning comic book series. Play as Lee Everett, a convicted criminal, who has been given a second chance at life in a world devastated by the undead. With corpses returning to life and survivors stopping at nothing to maintain their own safety, protecting an orphaned girl named Clementine may offer him redemption in a world gone to hell.

The continuing story of adventure horror spans across 5 episodes:

It’s been quite a year…

Today we would like to announce that the highly-anticipated SEASON FINALE ofThe Walking Dead titled ‘Episode Five -No Time Left,’ will be launching digitally next week on consoles, PC/MAC, and iOS.  This is the fifth and final episode in the critically-acclaimed game season from Telltale Games based on Robert Kirkman’s award-winning comic book series, The Walking Dead.

The Walking Dead: Episode Five – No Time Left will be launching on PlayStation Network in North America on Tuesday November 20th and Wednesday November 21st on PlayStation Network (EU), Xbox LIVE Marketplace, PC and Mac via the Telltale Online Store and digital distribution partners such as Steam, and also for compatible iOS devices as the final piece of downloadable content from within the ‘Walking Dead: The Game’ app, available on the App Store.

Rolling Stone recently declared that Telltale’s series based on The Walking Deadis, “Truly Excellent,” while gaming website Polygon called it, “…a landmark moment in interactive storytelling.”  Leading games publication Game Informer said that Episode Four, “…shocks, emotionally tortures, and keeps heads spinning,” while British national newspaper The Independent said that Episode Four is, “Slow, methodical, and brilliant as ever.” New York Post also said that while playing Episode Four, “…every other game I was currently playing would cease to exist,” whileIGN.com also declared about the series, “I will do anything. I will do whatever it takes to protect Clementine!”

Once again, we thank you for travelling along with us all the way from Macon, and now to the end of the tracks into the deadly streets of Savannah, GA.  You’ve come this far, and with humanity pushed to the edge of extinction, we ask you one question… Are you truly ready to put everything on the line… #ForClementine?