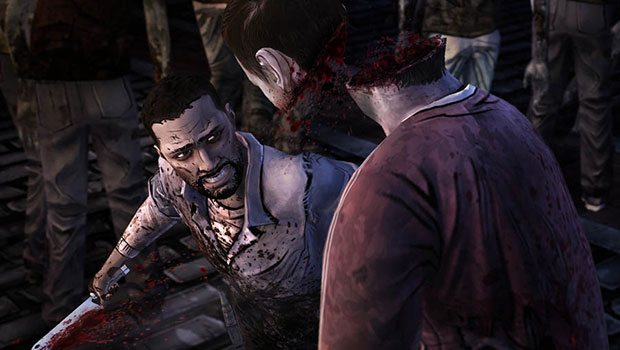 Episode Five of Telltale Games’ The Walking Dead goes live on the PlayStation Network on November 20th. Followed by releases on Xbox Live, PC and Mac, as well as iOS on the 21st. This final trailer for “No Time Left” sets the table for one of the best episodes yet.

The Walking Dead has been nominated in numerous categories for Spike’s Video Game Awards show, including nominations for Game of the Year, Studio of the Year, Best Male and Female Performance, Best Adapted Video Game, and Best Downloadable Game.

A big feat considering some of the games nominated in the Game of the Year category. Look for the final episode later this week on your platform of choice.