The latest news in the world of video games at Attack of the Fanboy
December 11th, 2016 by Dean James 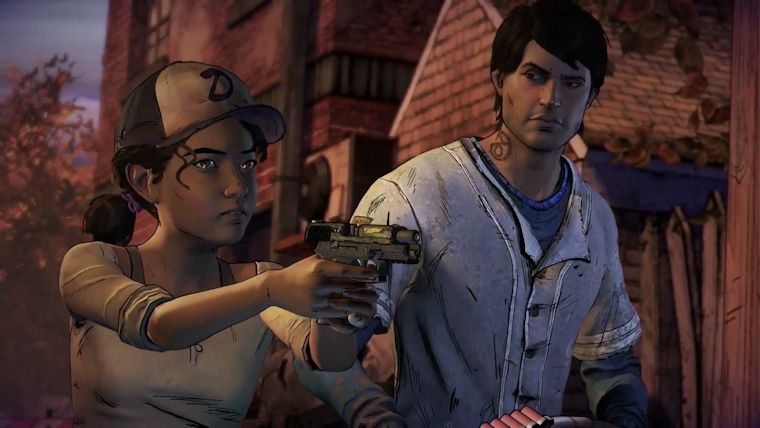 The Walking Dead television series just had its fall finale earlier tonight, but that is not the last content related to brand coming before the end of 2016. While the TV show is done for the year, we’ve still got two episodes of the upcoming third season of Telltale Games’ The Walking Dead game and a new trailer has revealed the introduction of a fan favorite character from the comic and TV show.

Telltale Games’ The Walking Dead surprised everyone on its way to earning many Game of the Year Honors. The second season was fantastic as well, though not garnering quite the level of praise with Game of the Year awards due to stiffer competition. This has the hype for the upcoming third season through the roof and it is almost here.

The Walking Dead Season 3, which is titled A New Frontier, is set to arrive on December 20 and thus Telltale Games is ramping up the marketing for the game. They are even getting a little ahead of the game with the release of the game’s launch trailer today.

In this launch trailer, we see Clementine and the new playable character Javier, with us learning that a formerly good group known as the New Frontier are causing problems of some sort. In addition, the trailer also introduces us to a fan favorite character from the comics that was also introduced in the TV series last season and has played a role in the first half of season 7 that just came to a close as well.

As we told you last week, The Walking Dead Season 3 will be having a two part premiere that will arrive at the same time on December 20. This means we’ll have plenty of new content to play over the Christmas holiday. We also are not quite sure how saves will be transferred over and if we’ll be able to somehow import than from our Xbox 360 and PS3 to Xbox One and PS4 releases, so hopefully they’ll reveal that information soon.