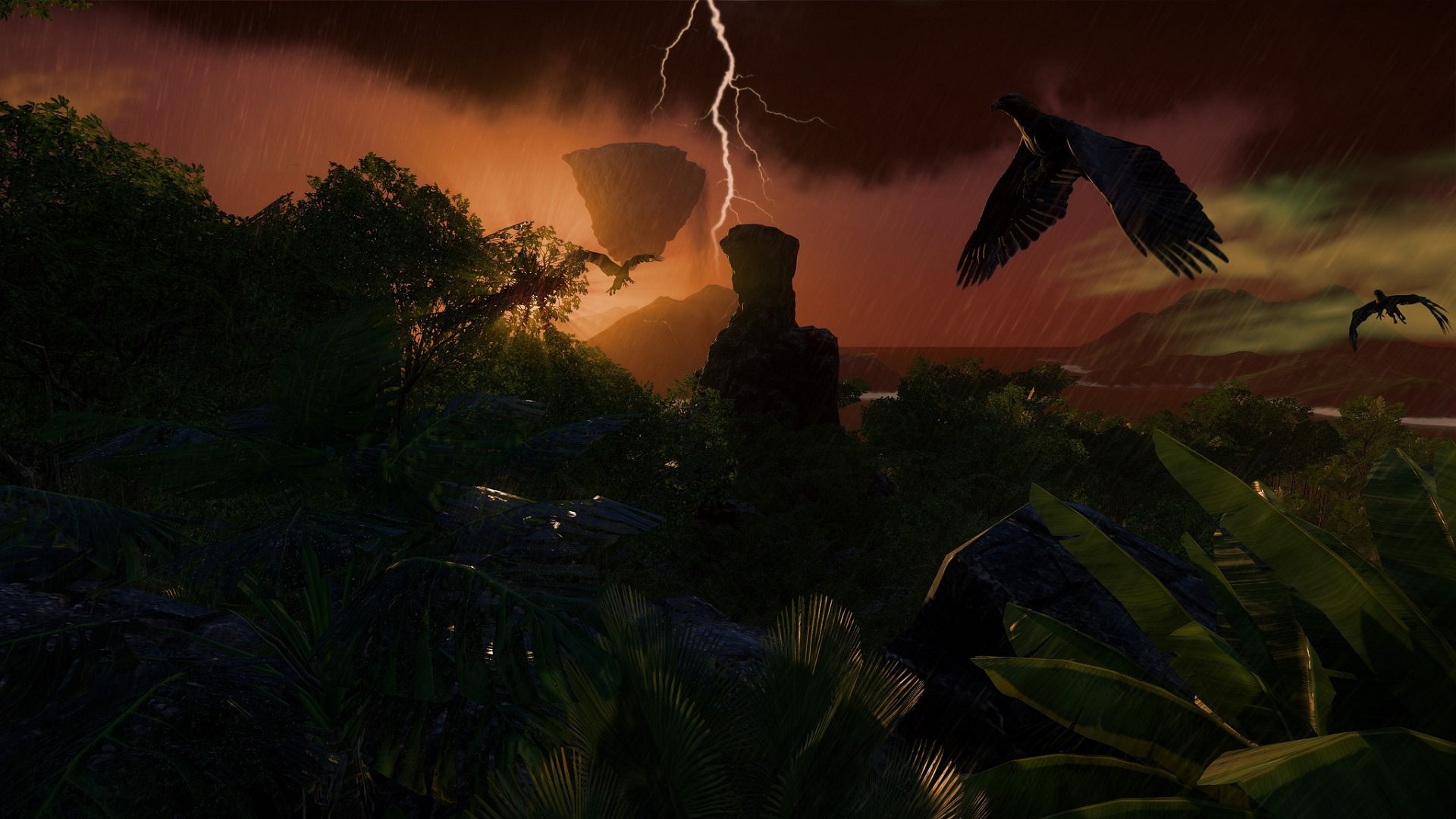 Wander sets itself apart by not just being a console MMO but one that is surprisingly a non-combat MMO. As writer and character designer, Crystal Flynn describes it on the PlayStation Blog, Wander is the brain child of Loki Davison who felt many games focused on violence, and he wanted to fill a niche that he felt needed to be filled.

Players will start out in a deep forest without memory of who or what they were and are in a form that is completely new to them. You will then find clues to help you along your way and even audio cues such as sirens who may guide you to more exploration and discoveries. Check out the following description of the available ‘classes’ via the blog.

“Playable characters in Wander include the Oren – a walking, sentient tree, and the form you occupy at the beginning of the game; the griffin – with the power of flight; the azertash – with the ability to swim and breathe underwater; and the swift and agile hira. Each of these forms has several unique and gorgeous variants, all with their own cultures, backstories, and specific ways of interacting with other forms and tribes.”

Wander was present at Gamescom, check out the Gamescom trailer below for some footage of the unique game.

Wander certainly looks to be a unique title that will hopefully engage PlayStation fans. The title will be on hand at the PlayStation Experience to show off new content. Wander itself is slated for March 2015 release on the PlayStation 4.