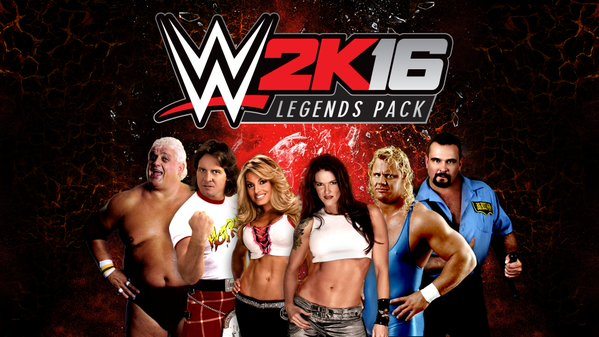 2K Games has now released a video stream of them playing the new Legends Pack DLC for WWE 2K16. You get a good look of the entrances and gameplay of the new wrestlers being added to it.

The cool thing about the this week’s stream is that they are joined by Wade Barrett who is with them playing the game. You get to see all of the wrestlers in action.

The first part of this WWE 2K16 video takes a look at Big Boss Man taking on Dusty Rhodes. They are fighting inside the WrestleMania 31 arena. You get to see a lot of gameplay plus their entrances.

Next up Barrett faces Roddy Piper and Mr Perfect in a Triple Threat match. It’s great to see these legends in action, but sad to know they have all passed away. WWE 2K16 lets you live out the fantasy of seeing these guys wrestle again.

After that match, we see a Divas contest as Lita and Trish Stratus face off in a single match. This is the first time these ladies are on the PS4 and Xbox One consoles. They weren’t in WWE 2K15 last year.

The Legends Pack will be released from December 22nd and is available for the PS4, PS3, Xbox One and Xbox 360.