The latest news in the world of video games at Attack of the Fanboy
January 17th, 2017 by Joshua Evans 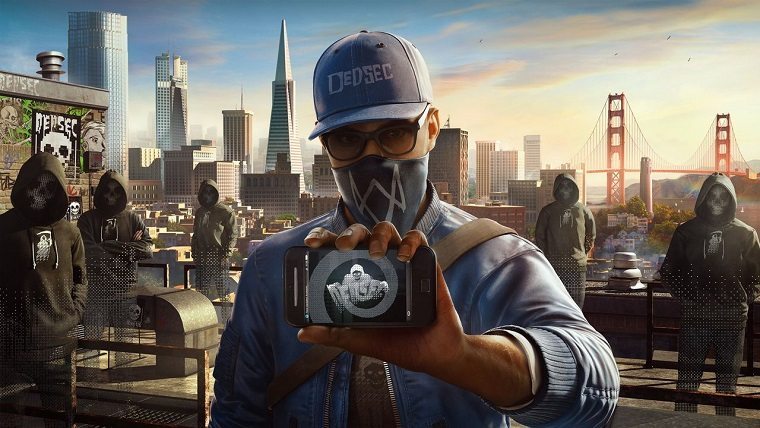 Watch_Dogs 2 just got a new patch. Most of it sorts out performance and options menu problems, but the most interesting is the balancing of the game’s resident .50 Cal sniper rifle, affectionately named YourBoy Serge. RAM usage and Screen Space Reflections have been optimized, with Screen Space Reflections getting two new quality levels, medium and high. Some adjustments have been made to when San Francisco’s friendly cloud of fog rolls in. The maximum value of the Pixel Density slider got changed to 1.5, and speaking of slider adjustments, music volume now actually has one. DualShock four controllers (the ZCT2U models specifically) got some love from the update as well. And to top it all off, before we move on to talking about the 50. Cal balancing that is, various issues with flickering, windows mode behaviour, UI, and text, got sorted this patch. Lots of different stuff getting attention.

But none of these changes are as important as the .50 Cal adjustment that has been made. Anyone who has been online has probably experienced getting hit by the practically truck sized rounds of YourBoy Serge. Now, to counter act the ludicrous damage it does,  the .50 Cal’s magazine size has been reduced to one round (originally it had five). This is a rather important change, as the gun was rather overused in online play. Giving it some more drawbacks without compromising the reason it is used, namely the damage, is a good move that both maintains the rifle’s effectiveness and stops it from being the sole weapon plays will encounter online. So now you can drop an  opponent in about one hit, but if you miss you have put yourself in a spot. So there’s some risk reward to it. All in all, it sounds like a very good change for the game’s online play, although it wouldn’t be bad to give the gun it’s original magazine size for single player if that was a possibility.