The latest news in the world of video games at Attack of the Fanboy
April 3rd, 2015 by Dean James 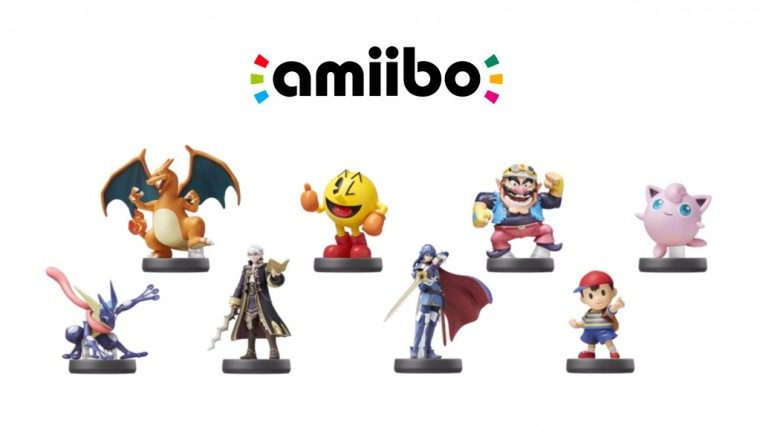 It seems like amiibo have become harder and harder to acquire with each new wave of the Super Smash Bros. line. The announcement of the release date of Wave 4 amiibo during Wednesday’s Nintendo Direct was quickly followed by news of when the first pre-orders were going to go live. In that time since, we’ve seen some pre-orders pop up while others are still to come, so I thought it would be a good idea to give a rundown of what we’ve seen so far and where you can still look moving forward.

GameStop was the first store to open pre-orders in the US for Wave 4, complete with the GameStop exclusive Ness, and it was an utter fiasco. Originally both in-store and online were going to start taking them at 3:00 pm ET yesterday, but an internal memo went out early Thursday morning to say that the online orders would go up after. This meant that Web In-Store Pre-orders could be made in actual GameStop stores at that time only, which was an ordeal in of itself.

The system crashed and with me being the first of only two people, my order of the bundle of the six did not go through until 3:55 pm. Not only after, the various single amiibo and the bundle began to sell out not long after that. As a result, GameStop never even put them up online, first saying they were working on fixing the infrastructure and then later saying they were completely sold out. Who knows what this will mean moving forward, but with the way it has gone in the past, GameStop could randomly put some of them online for sale at any time, so that is one that needs to be watched. Considering how slow the system was, there has to be much more stock than what went through in that short period of time.

Earlier yesterday, two other retailers also jumped into the mix of Wave 4 amiibo pre-orders as well. Target was first with their exclusive Jigglypuff that sold out in seven minutes, similar to how Rosalina was handled. Hopefully Jigglypuff will be well stocked like Rosalina was on day one to make up for this, but it still is worth keeping an eye out for prior to release for any other sales periods on Target’s website. The rest of the Wave 4 amiibo have not even appeared on Target’s site though, so there is no telling yet when that will happen.

Best Buy may not have an exclusive, but they were the first retailer in the US to actually offer pre-orders for the non-exclusive five Wave 4 amiibo from Wave 4. Just like seemingly everywhere else, these sold out relatively quickly. After the overselling of the Majora’s Mask New 3DS XL, they may have undersold, which hopefully will mean more online pre-orders later. There is also no indication on whether these will be available in Best Buy stores to pre-order at all, but likely online will be the only option there based on the past.

That still leaves us with a few retailers left on the pre-order front for the Wave 4 amiibo. Walmart has been completely quiet on the topic, similar to Target outside of Jigglypuff, so we have no idea when they could go up. On the other hand, Amazon has listings up for all five of the non-exclusive amiibo from Wave 4, along with the Splatoon amiibo. These listings have yet to go live in any way yet though, so they could very well be one of the best ways to acquire them moving forward. Just make sure to keep a keen eye on when these will go up, likely in the coming days.

That just leaves us with one last retailer, the one who may be the best chance right now, Toys R Us. We learned last night that Greninja was going to be exclusive to Toys R Us and a rep for the chain even told Polygon they would be going up for pre-order online between 7-9 am. However, that timeline was evidently pushed up, as they instead went live a little before 3:15 am ET this morning. Strangely enough, Greninja outlasted the rest of the amiibo in the line, with Lucina and Robin going first. All of them are sold out now though.

All hope is far from lost in this case though, as Toys R Us will also be taking in-store pre-orders for the Wave 4 amiibo, starting as soon as today. This one is going to be more of a varied situation depending on your store, as it will always depends on when your store gets in the pre-order cards for them. Multiple people on Reddit say that their store is going to have them up starting today. My store personally said they were getting them in on a truck overnight, so I’m hoping my store will have them ready at opening.

The best part about these, if they are like past ones, is that you only have to pay $1 down and then pay the rest later. If you are looking for Greninja and may have exhausted your funds elsewhere yesterday on amiibo, this is a great option for you. There is no telling just how many of these they will be taking though, so it would be in your best interest to call or visit your local Toys R Us at opening to get the details.

It may look dire for those that have missed out completely thus far, but there are still some chances out there for you, especially from Toys R Us. Walmart and Target still have them coming at some point, and the other retailers could always put more up, so make sure to be stay vigilant and hopefully you will get lucky.

Did you have any luck with the Wave 4 amiibo yesterday or overnight? Let us know in the comments below what ones you pre-ordered or really are dying to pre-order.

Update: Due to Toys R Us selling out online, in-store is no longer doing any pre-orders. As a result, you shouls keep an eye out on the website if any more stock is allocated.