New This Week in Video Games | Tristram Needs You 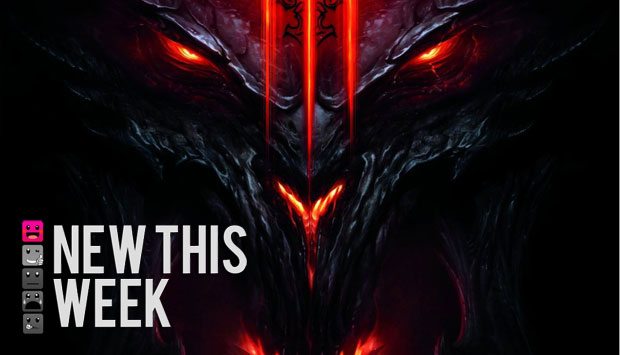 Diablo III – PC, Mac – Diablo III is a fantasy Action Role-Playing Game (RPG). Only the third major release in what is considered by many gamers as the most iconic RPG franchise of all time, Diablo 3 continues the land of Sanctuary’s battle against a reoccurring demonic evil, and provides players around the world with the opportunity to create the ultimate hero to quest against it with friends online, or on their own. Features include: classic dungeon crawling gameplay, a new batch of character classes, multiplayer options with friends and single player support with the help of AI companions, a new take on character skill assignment and health, online item auctioning, and compatibility with Windows and Mac operating systems.

Max Payne 3 – Xbox 360, PlayStation 3 – Max Payne 3 is the third release in the popular Third-Person Shooter series of the same name, and the first iteration of the series to appear on Next Gen gaming consoles. Developed by Rockstar Games, the creative minds behind the cutting edge GTA, Red Dead and Midnight Club game franchises, Max Payne 3 is a sequel to the second game in the series, and features an older Max Payne with a new life and job abroad. But as dangerous situations spiral Max’s life from bad, to worse, it seems that the more things change, the more they stay the same. Game features include: series first multiplayer functionality, a wealth of weapons, classic Max Payne Bullet Time and Shootdodge functionality, extreme realism and special bonus features.

Test Drive: Ferrari Legends – Xbox 360, PlayStation 3 – In the racing world, one name is synonymous with speed, agility and perfection. One name crossed the boundary between automobile and Legend. The fine-tuned mechanics, groundbreaking design and blistering speeds of one of the world’s most coveted cars are yours to experience when you take the ultimate Test Drive in a fully souped-up, race-ready Ferrari.

Enter to win a copy of Game of Thrones Here

Game of Thrones – Xbox 360, PlayStation 3, PC – Standing before the majesty and bitter isolation of the Wall or walking through the streets and alleys of King’s Landing, players will not simply pass by locations and characters integral to the series; they will explore and interact with them, meeting and learning about the people and history that defines them and their importance. Key decisions and major events will have meaningful impact on Westeros, allowing the player to witness how the game world evolves over time based on their actions or inactions.

Battleship – Xbox 360, PlayStation 3, 3DS – Two-thirds of our planet is covered by water. The vast blue water is largely unexplored — making it the ideal place to hide. An unknown alien menace has been lurking deep below the surface waiting for the opportunity to attack. The time is now. This aquatic alien force has launched an extreme attack against mankind, and it’s up to you to fight back and preserve civilization before it’s too late. Channel the elite soldier inside of you and battle against a deadly enemy from another world.

Sonic The Hedgehog 4: Episode 2 – Xbox 360, PlayStation 3 – Following the events of Episode I, Metal Sonic has returned to form an alliance with Dr. Eggman! To face this new evil, Sonic will have to call upon an old friend to help him save the day! Now joined by Tails, race across four new Zones and take down fearsome new badniks with deadly combination moves in order to put an end to this dastardly duo’s plans!

Mario Tennis Open – 3DS – Instantly jump into the multiplayer fun, locally or online, as your Mii or your favorite Mushroom Kingdom character. Discover simple touch screen controls as well as strategic depth with different tennis swings, both which propel the tennis experience into an ever-intensifying crescendo of fun as the volleys go on.

Akai Katana Shin – Xbox 360 – Unleash the power of the Blood Swords…The Empire’s war has ravaged the world…the people are suffering in its relentless pursuit of domination using the feared Blood Swords. The sacrifices have been great, their deaths giving power to these blades. Do you have the strength to lead a small band of rebels to victory in the face of overwhelming odds?

Pixel Junk 4AM – PlayStation 3 – Utilizing the PlayStation Move motion controller and its full range of motion, players can use PixelJunk 4AM’s unique Virtual Audio Canvas to mix tracks and experiment with audio effects to create breathtaking compositions they can share and broadcast to anyone and everyone!

Rock of Ages – PlayStation 3 – Two castles stand opposed, bridged by an uneven, narrow pathway. One is yours, and you’re quite fond of it. See how the parapets catch the sunlight ever so stylishly? The other is your enemy’s; they’re a jerk, and their crappy crenellations are driving down your property values. Also, their castle sucks, justification enough to try crush it using an enormous rolling stone. Unfortunately, they’ll have a chance to plan and build up some security, doing everything they can to derail your razing rock.