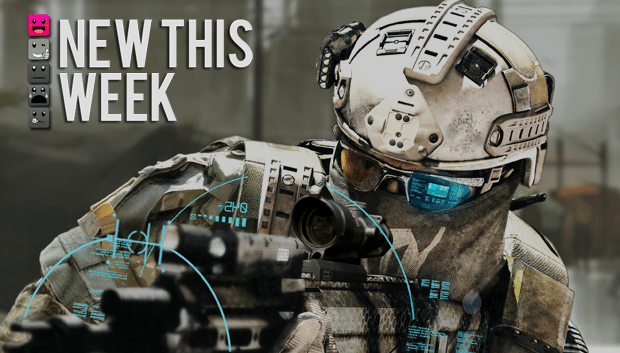 Men in Black: Alien Crisis – Xbox 360, PlayStation 3, Nintendo Wii, Nintendo 3DS – We work for highly funded, yet unofficial government agency; our mission is to monitor extra terrestrial activity on Earth, WE ARE THE MEN IN BLACK. Now it’s your turn to suit up as one of us to eliminate the scum of the universe, using an arsenal of futuristic weaponry, incapacitating devices and space-age technology.

DiRT Showdown – PC – DiRT Showdown is the new arcade racing game from the team that brought you the award-winning DiRT series, uncaged in 2012. Pick up and play controls combine with electrifying events, frenzied crowds and stunning graphics to deliver high octane, dive in and drive thrills from event one.

Alan Wake’s American Nightmare – PC – In this brand new standalone experience, Alan Wake fights the herald of darkness, the evil Mr. Scratch! A thrilling new storyline, hordes of creepy enemies, serious firepower and beautiful Arizona locations, combined with a fun and challenging new game mode make this a must for Alan Wake veterans, and the perfect jumping on point for new players! Play the full-fledged Story Mode, and you’ll be on the edge of your seat as you fight to stop your murderous evil double to take back your life… and change reality itself! But there’s more to this nightmare – in the action-packed Arcade Mode, you’ll need to master the Fight with Light mechanic.