New This Week in Video Games | The Walking Dead Shambles Out

The latest news in the world of video games at Attack of the Fanboy
December 9th, 2012 by William Schwartz 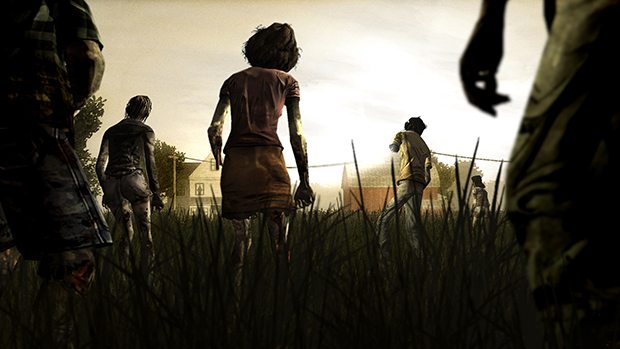 The Walking Dead Complete – Xbox 360, PlayStation 3, PC – The Walking Dead is an award-winning vision of Robert Kirkman’s global hit comic book series. Experience the true horror and emotional impact of being a survivor of the undead apocalypse in a zombie game unlike any other. You will meet people and experience events that will impact the story of Deputy Sheriff Rick Grimes, and you will be forced to make decisions that are not only tough, but that will have a direct effect on the story that you experience. The undead are everywhere, but they’re not your only problem. Starvation, betrayal, heartbreak and more will challenge you as you attempt to survive in the world of The Walking Dead.

Dishonored: Dunwall City Trials – Xbox 360, PlayStation 3, PC – Dunwall City Trials will include 10 challenge maps that will test and track your combat, stealth and mobility skills. Creatively combine your supernatural abilities, weapons and gadgets to eliminate as many targets as possible, fight off waves of tallboys, guards, weepers and thugs, or take out targets in a non-stop run of drop assassinations. Dunwall City Trials also features a new set of achievements and trophies as well as a global online leaderboard.

Halo 4: Crimson Map Pack – Xbox 360 – The Master Chief returns to battle an ancient evil bent on vengeance and annihilation. Shipwrecked on a mysterious world, faced with new enemies and deadly technology, the universe will never be the same. Enlist aboard the Infinity to experience Halo’s original multiplayer and Spartan Ops – episodic fiction-based co-op missions

007 Legends – Wii U – James Bond: 007 Legends is an Action-Adventure First-Person Shooter set to release during the fiftieth anniversary of the James Bond film franchise. The overall storyline of the game is woven together through mission play that is based on the plots of several Bond movies, including the 2012 release, “Skyfall.” Additional features include: investigative, surveillance and stealth skills, dynamic freeform melee action, signature Bond weapon, gadget and vehicle play scenarios, Iconic villains, and diverse multiplayer options.

Black Knight Sword – Xbox 360 – Grasshopper Manufacture and Digital Reality are partnering for a second XBLA/PSN game, in addition to Sine Mora. Announced at during Gamescom, Black Knight Sword is a side-scrolling platform action game that takes place in a sort of puppet play. Join the Black Knight in this fairy tale quest to defeat the Evil White Princess in an imaginative world brought to life in true Grasshopper Manufacture and Suda 51 style.