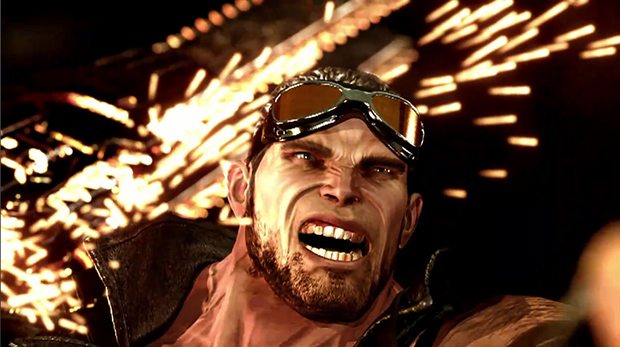 Anarchy Reigns – Xbox 360, PlayStation 3 – Take on the roles of imaginative human and cyborg characters in over-the-top close combat in Anarchy Reigns. Master each of the eight character’s unique style, weapon and signature kill move to become the ultimate survivor. Take cover as Action Trigger Events provide a constantly changing gameplay environment with real-time events such as The Black Hole, a plane crash and blitz bombing. Challenge your friends in multiplayer modes, including Battle Royale, Deathmatch and Survival mode. Play as Jack or Leo in the single-player Campaign mode in the ultimate survival of the fittest. Immerse yourself in the violence and combat of the post-apocalyptic future where Anarchy Reigns.

Demon’s Souls – PSN – Beautiful, compelling, and at times unforgiving, Demon’s Souls is the hardcore RPG experience PS3 owners have been waiting for since the platform’s launch. Revolutionary online features define your adventure like never before, presenting seamless interconnectivity that serves in every instance to enhance the single-player game. Unprecedented in its depth and subtlety, peerless in its relentlessly challenging gameplay, Demon’s Souls is the ultimate action RPG. KEYFEATURES – Ultimate hardcore RPG challenge – In this brutal land, death is inevitable, but not final. Combining the best features of an action game and RPG, you’ll slice, smash, shoot, and cast magic against some of the most horrible, vicious enemies ever encountered.

Dance Magic – PSN – Imagine a world where every person is not only a dancer, but also a warrior fighting for peace on Earth. These people have developed Dance Magic, a new form of biological energy that can only be realized by dancing. From the smallest personal disagreement to widespread military conflicts—all can be resolved through dancing duels.

Earth Defense Force 2017 – PS Vita – THE EARTH DEFENSE FORCE NEEDS YOU!! Planet Earth is under attack from alien invaders, and the EDF is our only chance for survival. Grab your gun, join your squad and repel the attacking forces. You are Earth’s last line of defense! Already a smash hit in Japan, the Earth Defense Force series comes to the US for the first time in this action-packed, arcade-style, action-shooter.

Hundreds – iOS – The goal of Hundreds: Grow at least 100 points between the circles in each puzzle. Circles turn red and volatile while being grown and if they collide, it’s game over. Simple in concept, deep in design, Hundreds explores emergent puzzles that combine the minimal with the strategic by introducing a multitude of objects over the course of 100 unique puzzles. For ages 2 to 222.