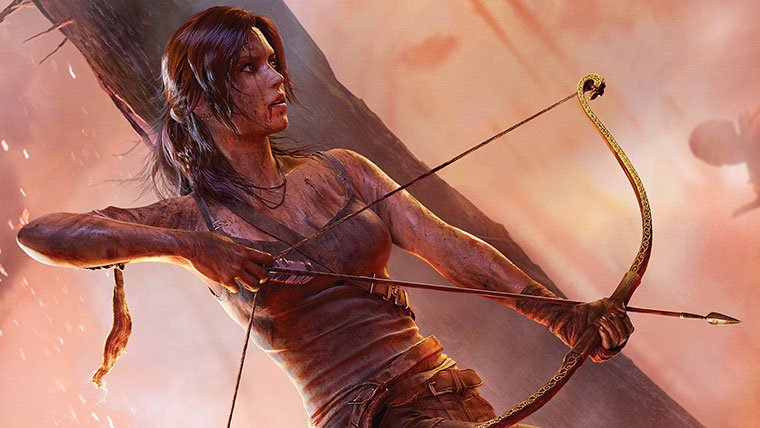 2013 begins to ramp up with new releases as Tomb Raider, Sim City, and others arrive in stores and digital platforms. Baseball fans will have their fill with MLB 13: The Show and MLB 2K13 both releasing this week. While those still playing Mass Effect 3 will get the final bout of single player content for the trilogy with the Citadel DLC.

These are your new video game releases for the week of March 4th, 2013.

Tomb Raider – Xbox 360, PlayStation 3, PC – Armed with only her instincts and her innate ability to push beyond the limits of human endurance, Lara must fight, explore, and use her intelligence to unravel the dark history of a forgotten island and escape its relentless hold. With high-octane cinematic set pieces, visceral third-person combat, and large levels for Lara to navigate and explore, Tomb Raider is aiming to reinvent the action genre and recapture fans’ imagination with the original female video game heroine.

Sim City – PC – Build the city of your dreams and watch as the choices you make shape your city and change the lives of the Sims within it. Every decision, big or small, right or wrong, has real consequences for your Sims. Invest in heavy industry and your economy will soar—but at the expense of your Sims’ health as pollution spreads. Implement green technology and improve your Sims’ lives but risk higher taxes and unemployment. In SimCity, you’re the Mayor and how you run your city is entirely up to you!

MLB 13 The Show – PlayStation 3, PS Vita – MLB 13 The Show allows you to experience the MLB like never before. Its jaw-dropping realism doesn’t just capture every detail and mechanic of the sport; it captures the raw emotion of Major League Baseball. Improvements to Diamond Dynasty, Franchise and Road To The Show modes make MLB 13 The Show the most realistic baseball game ever, while the addition of all-new game modes expand gameplay options even further. If it can happen in baseball, you can experience it in The Show. Whether it’s the moment you’re called up to the majors, a sacrifice fly to left field, or crushing a walk-off homer to win it all, every big, emotional moment in baseball can be yours. And The Show delivers it with such realism, it’s like it really happened.

Castlevania: Lords of Shadow – Mirror of Fate – 3DS – Trevor Belmont, a knight of the Brotherhood of Light sets out to avenge the death of his mother, at the hands of his own father, who has now returned from years of exile to take up residence in a mysterious castle. What was once Gabriel Belmont now stands a powerful vampire called Dracula. Dracula has declared war upon the Brotherhood and thus the scene is set for a cataclysmic showdown between Father and Son!

Naruto Powerful Shippuden – 3DS – A whole new side-scrolling NARUTO game developed exclusively for the Nintendo 3DS™ focused on cutesy presentation, comical character style and easy to pick-up-and-play gameplay for fans of all ages. Players will compete in a variety of online battle modes with their favorite NARUTO characters, including Naruto and Sasuke.

Mass Effect 3: Citadel – Xbox 360, PlayStation 3, PC – Earth is ground zero in the war to save the galaxy, and how you wage that war is entirely up to you. Groundbreaking interactive storytelling and Kinect integration drives the heart-pounding action in which each decision you make could have devastating and deadly consequences.