New This Week in Video Games: GTA V, Zelda, and the Wonderful 101 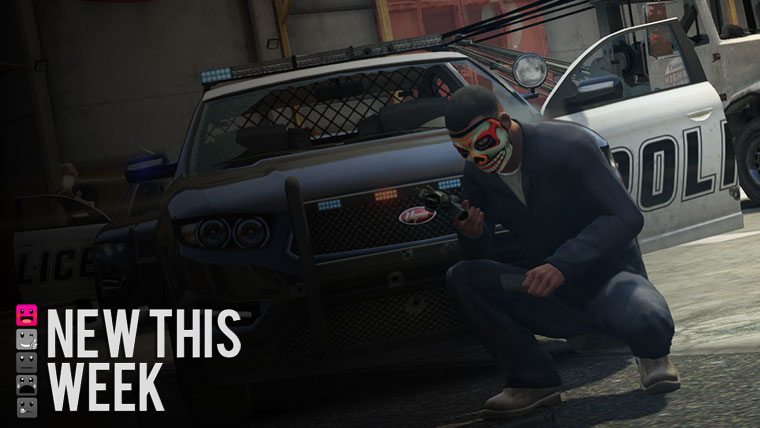 Grand Theft Auto V – Xbox 360, PlayStation 3 – The largest open world yet in a Grand Theft Auto title, spanning vastly diverse cultural and geographical areas – the entire world of Grand Theft Auto V is open from the very beginning of the game to explore. Visitors to the greater metropolis of Los Santos and the countryside of Blaine County will encounter faded celebrities, party people, hikers, bikers, and every other manner of colorful denizen. You’ll be able to traverse everywhere from the tops of the mountains, through the streets of Los Santos and to the depths of the ocean floor.

The Legend of Zelda: The Wind Waker HD – Wii U – In this definitive version on the Wii U console, you can experience the game in gorgeous 1080p graphics, manage your inventory and view maps on the Wii U GamePad controller, and even choose to take on a more challenging difficulty level. With the new Tingle Bottle feature, you can connect with others over Miiverse*—comments or screenshots posted on Miiverse can wash up on the shores or in other locations of other players’ games. And if the TV is already in use, you don’t have to worry—you can play the game right on the Wii U GamePad.

The Wonderful 101 – Wii U – Lead a team of the world’s strongest (and strangest) superheroes to fight off a massive alien invasion! As Wonder Red, leader of the Wonderful 100, unite your mob of heroes to morph into powerful transformations such as a fist, sword, glider, gun, and more to battle aliens throughout Blossom City. You, and the Wonderful 100, are the city’s best weapon.

Infinity Blade III – iOS – In the ultimate touchscreen experience, players attack opponents, dodge enemy advances, cast powerful magic, and explore eight expansive new worlds – all with a swipe of the finger. Through a dynamic single-player campaign, gamers explore multiple paths as they battle to defeat the Worker of Secrets and dozens of new enemies, including a ferocious, flying dragon.

MechWarrior Online – PC – A tactical BattleMech simulation set in 3050 AD. As a pilot known as a “MechWarrior”, you are about to take control of the most powerful mechanical battle units the universe has ever seen. The game is set in a 1:1 timeline with the BattleTech universe, meaning that the current year 2013 equates to 3050 in BattleTech lore and each day that passes in real life also passes in the game.

Takedown: Red Sabre – PC – TAKEDOWN is a thinking-person’s shooter. The player that takes things slow, aims carefully, and plans their moves right will overcome the player who runs in with guns blazing. Close-quarters battle brings the fight inside, as you would see SWAT teams or SOF units taking down small numbers of dangerous adversaries. Non-linear environments allow for multiple routes and tactics and add replayability. The operation to clear pirates from a hijacked oil tanker by Russian special forces in May of 2010 is a perfect example of the types of missions in TAKEDOWN.

Foul Play – Xbox 360, PC – Play as the daemon hunter Baron Dashforth in a side-scrolling brawler set ENTIRELY on a theater stage. Perform shattering takedowns and reversals! Electrify spectators with linked attacks, have a friend join as sidekick Scampwick and use every stage-trick you know to bring the house down! Play out the most spectacular moments of the Baron’s life; improbable beasts, astonishing villainy and, at the heart of it all, the mysterious Foul Play.

Hot Wheels World’s Best Driver – Xbox 360, PlayStation 3, Wii U, 3DS – Developed by Firebrand Games (NASCAR Unleashed, Cars 2, Need for Speed The Run, Hot Wheels Track Attack), players can now join the ranks of Team Hot Wheels, an elite group of drivers competing for the coveted title: “World’s Best Driver.” The drivers are split into four teams, each with their own disciplines: Super Fast (Green), Outrageous (Red), High-Tech (Blue) and Powerful (Yellow). Compete in over 70 thrilling events in four Hot Wheels Test Facility (HWTF) locations around the world. For the first time, players can experience the legendary world of the HWTF where the latest and greatest Hot Wheels creations are born.