The latest news in the world of video games at Attack of the Fanboy
January 10th, 2017 by Darrin Wright 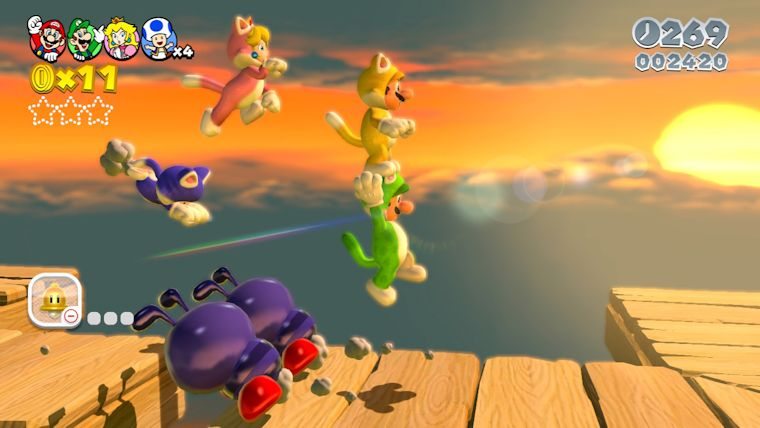 If you’ve got a PC beefy enough to run it, and some legally-acquired backups of your Wii U games, you may want to look into Cemu, a new emulator that’s pumping out graphics beyond what Nintendo’s box is capable of.

Polygon reports the Cemu team has managed to get some Wii U titles running in 4K resolution, which is four times the resolution of a standard 1080p HDTV, thanks to a new update that allows users to customize their graphics settings. Only some of the console’s games run natively at 1080p, while others run at 720p. The Wii U is capable of upscaling those to 1080p, if developers so wish.

YouTuber reznoire has uploaded a number of videos showing off the difference between Wii U’s standard output and the emulator’s. Particularly impressive are the videos of Bayonetta 2 and Super Mario 3D World, although some games, like Xenoblade Chronicles X, come away looking a little blurry in motion.

Those who support Cemu’s Patreon have access to the graphic packs now, while free users will receive them next week.

Some users have pointed out a few flaws, however, such as missing sound on certain games. It’s worth reminding you that the emulator has only been around for about a year, and while you only need to be running Windows 7 to run the emulator, you’ll probably need a fairly powerful machine to get the best performance out of it.

The emulator uses either a keyboard or USB controller to emulate the functionality of the Wii U’s GamePad tablet controller, though some functions – like tapping on the screen to create platforms in New Super Mario Bros. U – will obviously be not as easy to pull off.

Another potential roadblock is you need to be using a 64-bit version of Windows, as there are currently no plans for a 32-bit version of Cemu. You can learn more about the emulator through its official Reddit page.