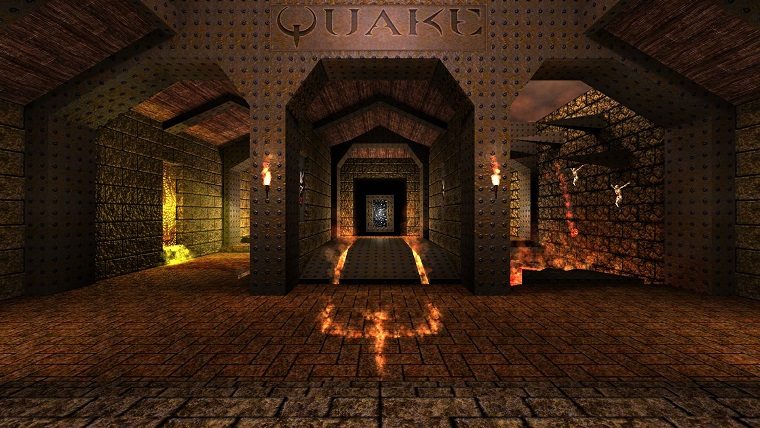 It’s the 20th anniversary of Quake this year, and Wolfenstein: The New Order developer MachineGames is celebrating by releasing a brand new level of the game absolutely free. Seeing a level being developed for a game that is 20 years old is pretty crazy, and you can give it a download by clicking right here.

To get the level running you need to extract the archive to its own subdirectory inside of the Quake directory, then run the “Dopa” batch file. Once you’ve done that you should be all set and can take on brand new levels of original Quake madness.

Quake has been in the news a lot lately, as it was revealed during E3 that a new game in the series called Quake Champions was in development. The game is described as an arena-style FPS that will be exclusive to the PC, though official release info was not detailed. More information is expected to be released during QuakeCon in October.

It has been a while since we’ve gotten a new game set in the Quake universe, with the last game being 2007’s Enemy Territory: Quake Wars. That game is set before the events of Quake 2 and is a class-based, objective focused, team-oriented game. Quake Champions also seems to going in the multiplayer-focused direction, putting aside the singleplayer aspects of Quake 4.