The latest news in the world of video games at Attack of the Fanboy
March 13th, 2017 by Jose Belmonte 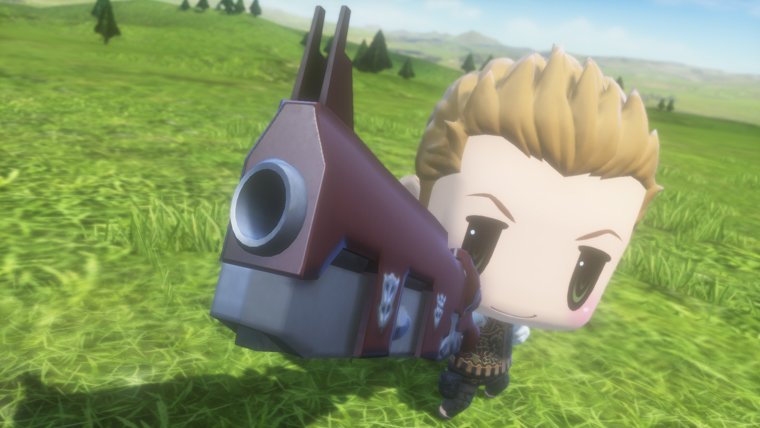 Square Enix has revealed the details of the upcoming Patch 1.03 of World of Final Fantasy. This download will add content like Final Fantasy XII’s Balthier as a Champion summon, more music to play during battles, and the ability to skip summon scenes, as a way to make battles go faster. The patch will be available for free on March 23rd for PlayStation 4 and PlayStation Vita.

As the release of Final Fantasy XII: The Zodiac Age approaches, Square Enix has decided to finally add some content based on the Ivalice-set game to World of Final Fantasy, the turn-based RPG that mixes elements from every entry in the series. On March 23rd, players will be able to download for free the character of Balthier to use as a Champion summon. Every time that we need him, the sky pirate will perform his classic Tides of Fate attack, launching a giant wave to our enemies.

Other new content of the patch includes new battle background music based on Sephiroth, Balthier, and Kingdom Hearts’ Sora. The official notes say that as long as we have their respective Champion Medals, we’ll be able to choose their specially-inspired sound tracks to listen during battles.

Talking about background music, from now on we’ll be able to choose the option “random” instead of a specific song, making the battle experience more varied.

Battles is actually the focus of the rest of features of this new patch, for example giving players the option to skip scenes like Champion or Mega Mirage introductions by pressing circle anytime during the video. We will also be able to activate fast forward for battles and events through a new option in the settings menu, instead of doing it each time we fight.

Other battle improvements include the conditions to fill the ATB bar on standard encounters, and using commands quicker than before.

Finally, stats like HP and AP will recover at places like gates, save points, and when each chapter saves from now on.

World of Final Fantasy’s Patch 1.03 will be available from March 23rd. Check out the trailer for Balthier as a Champion below.