The latest news in the world of video games at Attack of the Fanboy
January 8th, 2016 by Scott Grill 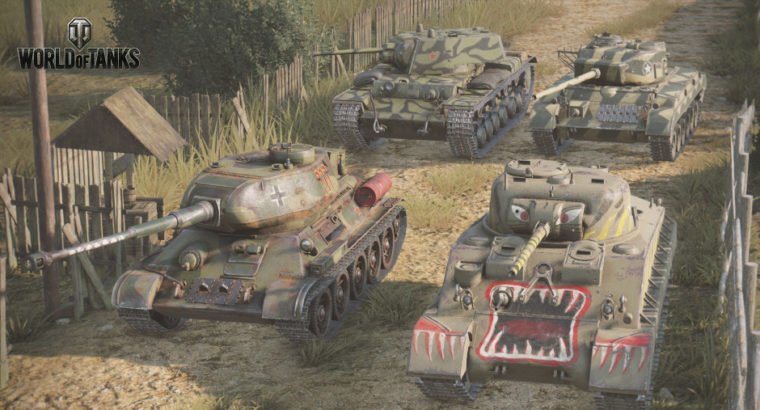 PlayStation 4 owners looking for a different spin on the online battlefield should take World of Tanks into consideration. The second open beta for the free-to-play tank game just launched Friday and will run through the weekend.

The World of Tanks open beta can be downloaded directly from the PlayStation Store and weighs in at 27.6GB. The 15 vs 15 multiplayer tank game will be available to play through Sunday, January 10 before it takes a break for the developers at Wargaming’s Day 1 Studios to assess the performance and make any necessary updates.

Those that log into the game during the second open beta will receive a pair of exclusive tanks as a reward. The T1E6-PS  Premium Light Tank sports a stylish blue camouflage while the chrome M22 Locust-PS Light Tank is adorned with a special color scheme honoring the original PlayStation console.

Wargaming is also offering various Founder’s Packs for PS4 owners through the PlayStation Store. The $15.99 Founder’s Pack 1 comes with the KV-220 Premium Heavy Tank along with one day of Premium and 350,000 Silver. These packs run up to a whipping $129.99 which comes with five Premium tanks, 15 garage slots, 30 days of Premium, and 4 million Silver to spend in-game.

World of Tanks will launch for the PlayStation 4 in the coming months. It’s been available on the Xbox One since July 2015 and the Xbox 360 since February 2014. In short, the game is console ready. It just needs a test run for the PlayStation Network and PS4 specific changes first.

[Image via World of Tanks]