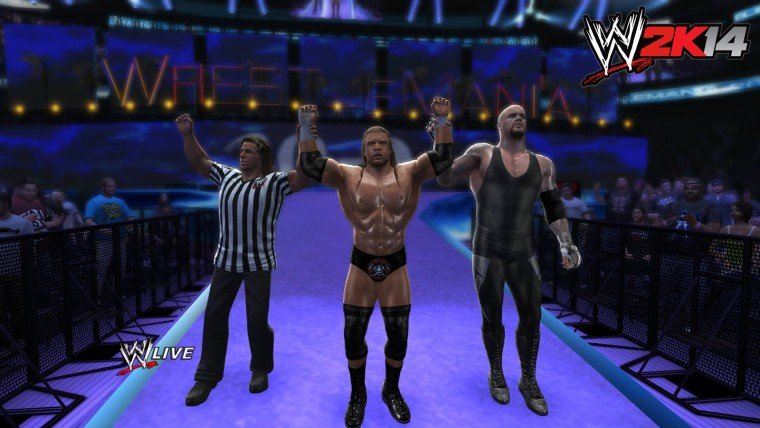 WWE released its financial reports this week and it sounds like WWE 2K14 didn’t sell as well as WWE ’13 did.

In terms of the licensing section of the report, it appears WWE 2K14 didn’t perform as well as WWE ’13 in terms of sales. WWE ’13 earned more revenue than WWE 2K14 did.

“Licensing revenues were $5.5 million as compared to $6.7 million in the prior year quarter, primarily driven by lower sales and effective pricing of our franchise video game.”

This could mean WWE 2K14 didn’t sell well which prompted 2K Sports to price the game even cheaper at a faster rate. Even then, the game sold $1.2 million less than WWE ’13 did during the same quarter last year.

To analyse this further, WWE 2K14 may have suffered because of its release date. It came out last October just a few weeks before the launch of the PS4 and Xbox One consoles. Not to mention Grand Theft Auto V sold millions of copies in September and broke records. It’s possible gamers were saving their money towards other things last year than the annual WWE video game.

2K Sports and WWE might bounce back with the release of WWE 2K15 this year. Wrestling makes its debut on the PS4 and Xbox One consoles and the new game promises to be better than ever.