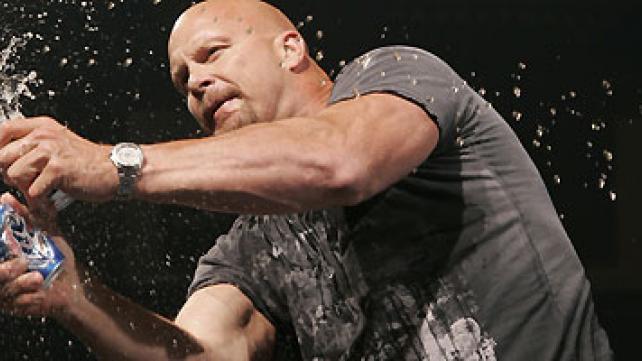 The ESRB rating for WWE 2K15 has now been revealed detailing a few new tidbits about the game.

The ESRB only got a chance to rate the PS3 and Xbox 360 versions of WWE 2K15 at the moment. Still, it’s likely the PS4 and Xbox One versions will be similar apart from a few modes and obviously graphical differences.

WWE 2K15 has been rated as “T for Teen”. The content descriptors are as follows: Alcohol Reference, Blood, Mild Language, Suggestive Themes, Use of Tobacco, Violence

The rating summary for WWE 2K15 are where things get interesting. Although the current WWE product is PG, the game still has elements of the Attitude Era it looks like. Blood still appears in the game while the divas wear very provocative clothing. There is a lot of references to drinking alcohol mainly due to Stone Cold Steve Austin.

Read the full ESRB summary for WWE 2K15 below:

“This is a wrestling simulation game in which players can select real-world competitors from the WWE roster, compete in matches, and progress through multiple storylines. Players can perform a variety of wrestling moves (e.g., holds, grapples, throws) as well as punch and kick opponents. Some matches allow players to use chairs, tables, and sledgehammers to strike opponents. Blood sometimes appears on wrestlers’ faces after being struck by these objects; video sequences also depict blood on wrestlers’ faces. Female wrestlers are depicted with exaggerated-size breasts or in outfits that expose large amounts of cleavage; some women also make provocative gestures/taunting moves (e.g., pelvic thrusts, shaking buttocks in an opponent’s face). During the course of the game, video footage depicts two characters smoking cigars; fan signs and dialogue sometimes references alcohol (e.g., “Beer Me”; “Stone Cold loves two things in life—stompin’ mudholes and celebrating with cold beer;” “I don’t think he’s coming down to share a beer with anybody.”). The word “a*s” appears in dialogue.”