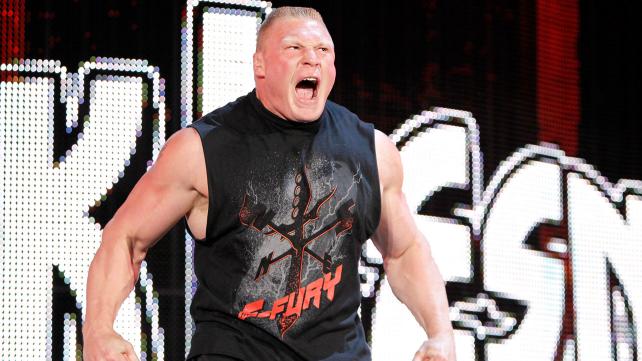 2K Games has announced that on Monday, they will finally be revealing the cover for WWE 2K17. It will probably be revealed during Monday Night Raw.

The official WWE 2K17 Twitter page made this announcement earlier today. It just mentioned that the cover reveal will happen on June 27th. This falls on a Monday so you have to tune into Raw to find out who will be the cover star.

Before his suspension, Roman Reigns was an early favorite to be on the cover for this year’s game. He was getting pushed heavily by Vince McMahon for the past 2 years or so. Now it’s uncertain if he will be on the cover since he has been suspended for 30 days and won’t be back until July 21st.

It’s possible 2K Games has opted to put Brock Lesnar on the cover instead. Lesnar is a cross-promotional star as he’s famous in wrestling as well as in MMA. Lesnar will be back in the UFC soon fighting Mark Hunt at UFC 200. Putting him on the cover will be good publicity for the WWE.

Personally, it should be someone new that should be on the cover for WWE 2K17. Dean Ambrose is a good choice since he’s liked by the fans and is the current WWE World Heavyweight Champion. Let us know in the comments section below who you want to see on the cover.