WWE Immortals Has Been Downloaded Over 2.7 Million Times

The latest news in the world of video games at Attack of the Fanboy
January 31st, 2015 by Damian Seeto 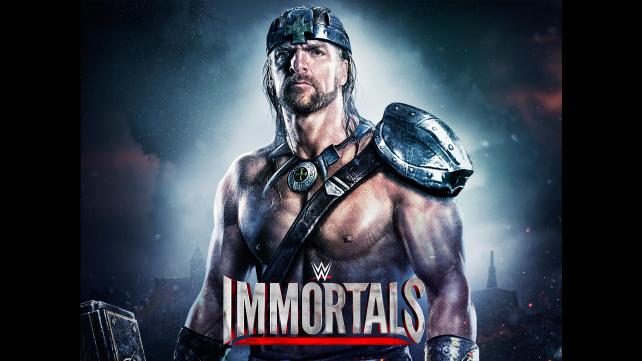 As viewers may have seen on this week’s episode of Smackdown, WWE announced that over 2.7 million people have downloaded WWE Immortals.

WWE Immortals was released in mid-January for iOS and Android devices. It’s a free to play fighting game made by NetherRealm and Phosphor Game Studios. The developers revamped the look of WWE wrestlers making them look more supernatural in appearance. Some of the wrestlers look like they could be added as special guest characters in Mortal Kombat X.

WWE Immortals has been liked by some users and the developers plan to support the game with future updates. They already teased that more wrestlers will be added to the game in the future. They are asking for fan feedback first to see which wrestlers should be included next.

The fact that WWE Immortals has been downloaded over 2.7 million times in just two weeks means the game has been a success. One has to wonder if WWE plans to release more mobile games in the future. It would be even cooler if WWE Immortals gets ported to PC and consoles as a proper fighting game.

WWE Immortals has more users than the WWE Network which currently has over 1 million subscribers. To be fair though, the Network costs $9.99 per month while Immortals is just a free download.