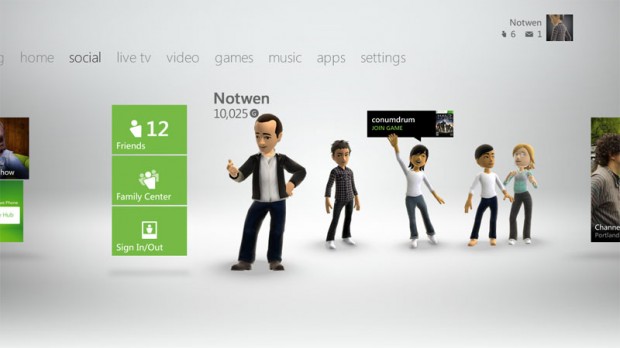 This fall, Microsoft will rollout a brand new update for the Xbox 360 dashboard interface.  Over the last year, Microsoft has released many new features for the Xbox Live service.  These include Kinect functionality, Hulu, ESPN, and other applications that allow users to do much more than play games.

The new interface takes all of these new iterations and inclusions that have been introduced and marries them to a brand new experience on the console.  New Kinect integration is set to offer a much more natural interaction for the Kinect user.  Using voice control or gestures, the Kinect functionality is surely to be more refined than it has been for the last year.

As you can see by screenshots of the dashboard that Microsoft recently released, there are plenty of changes that are coming this fall.