Xbox One – ‘Area One’ Tour Hands-On 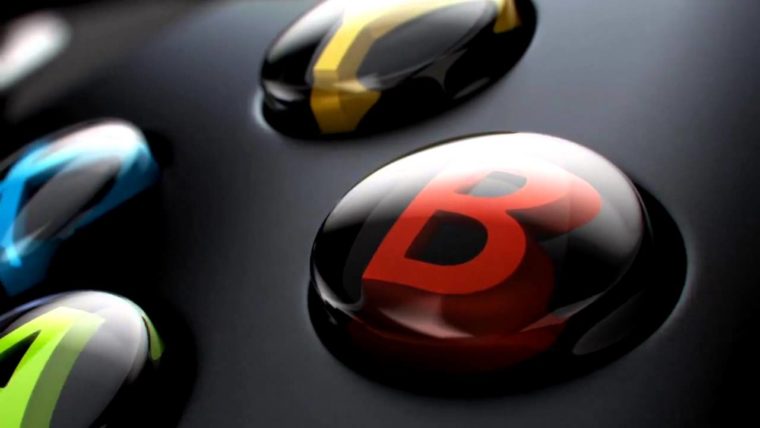 After much anticipation, the Xbox One ‘Area One’ tour arrived at its first European destination of Paris, France. Just south of the river Seine, guests (including myself) were given the chance to experience some of the most talked about releases appearing on Xbox One around its time of launch on November 22nd.

Below are some brief, initial thoughts on the games after I finally managed to get my hands on the most recent builds.

The never-shrinking line of gamers highlighted Battlefield 4 as the most popular title in the show. This may have had something to do with the offer of a full fifteen minute 8 vs 8 domination multiplayer match on the all new Zavod 311 map. None of the so-called ‘Battle-lag’ that has concerned beta players so greatly was present, which goes to re-emphasise that the beta is a skeleton of the complete title, so no need to worry just yet.

As expected, visual effects were stunning with the graphical capabilities of the console clearly on show. Being able to stand also brought the new Kinect into play, with the ability to duck and lean affecting your soldiers’ movement. Whether you are pro or anti-Kinect, there is little argument that tactics and gameplay have changed quite dramatically to accommodate for it.

If the 16 player match-up is not enough for you, then you can see a demonstration of the consoles 64 player server live on Xbox on November 1st. For more details, check out the Battlefield Blog.

I was surprised to find how utterly different gameplay felt in FIFA 14 on Xbox One when compared to its current gen counterpart. This may have been in part,due to the stiffer shoulder buttons making it slightly harder to change players having not adjusted to the new controller properly, but it seemed gameplay overall was slower and more considered. 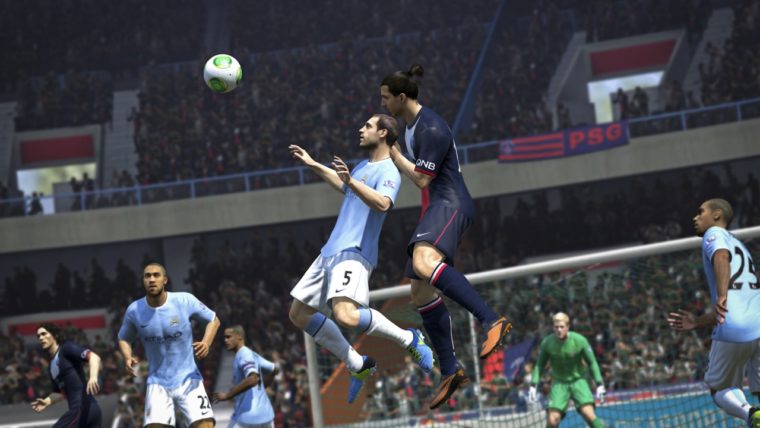 Regardless, the issues with character model glitches and over-powered heading seemed to have been resolved to a certain extent in this build. This would suggest that a new patch might be imminent for the 360 version, which would certainly be welcomed with open arms.

The fifteen minute demo available to guests provided all that was needed: hoards of unfortunate undead and toys, lots and lots of toys. Construction vehicles, motorbikes, sledgehammers, circular saws and more were all present to allow me my first smash and mash through the visually enhanced zombie masses.

”There is certainly a greater sense of ‘open world’ gameplay this time.”

There is certainly a greater sense of ‘open world’ gameplay this time, as prior instalments have been a bit jading in that respect. The entire town of Los Perdidos in California is open to explore whilst the improved fluidity throughout the core game mechanics ensures that this will have little difficulty in becoming the best in the series.

I wouldn’t say that I was disappointed with Forza 5, far from it in fact. The visuals are as immaculate as you might expect, whilst plenty of detailed and varied vehicles were on hand for me to test drive at my leisure. 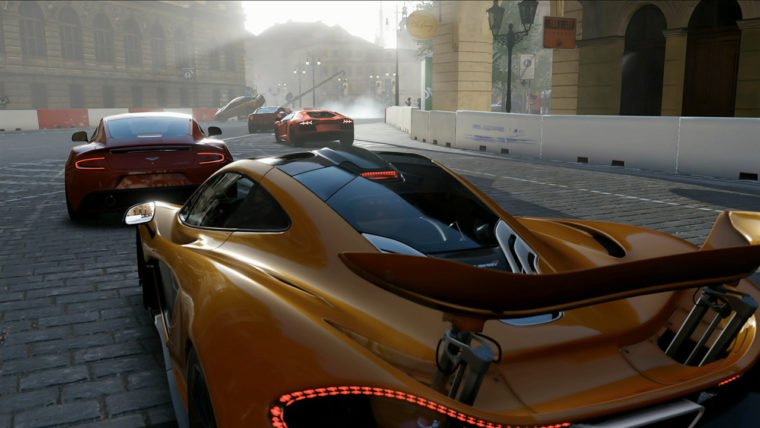 My only niggle is that the single track available to compete on was pretty standard bog-standard; not really allowing me the freedom to test the full capabilities of the vehicle as much as I would have wanted. I feel it was an odd choice from the Xbox team, but is certainly still one to watch.

The renowned fighting fest is back and more brutal than ever. As you may expect, Killer Instinct has had the Xbox One treatment, with detailed warriors and arenas able to dish out old and new combos and moves. Beyond this however, little has changed from previous builds and although it will probably harbour enough new content to class it as a sequel, it has maybe not had as much love and attention as maybe it should have.

The Killer Instinct build has been discussed in more detail HERE.

Despite my dignity pleading otherwise, I decided to roundly humiliate myself by shaking my booty along to ‘Get Lucky’ by Daft Punk. I made the smart decision to turn it into a collective embarrassment by dragging others up to join me beforehand and I soon found myself more engrossed than I was expecting. 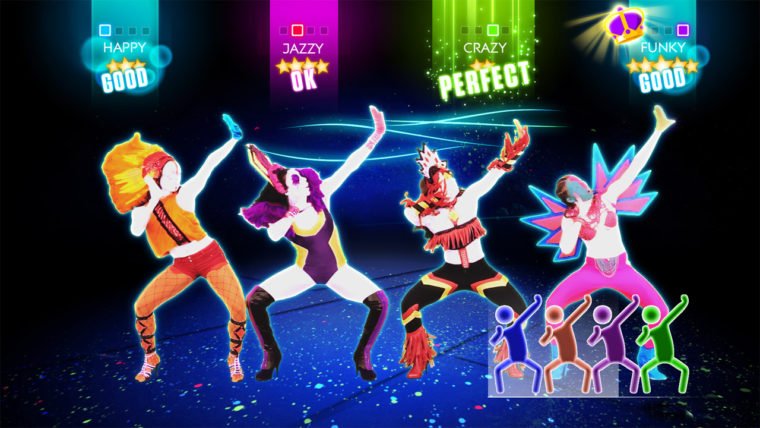 Obviously, it is highly reliant on the Kinect’s capabilities and it didn’t let itself down on this occasion. The 1080p camera is easily capable of picking up movements much quicker than I have seen in the past which certainly made for more responsive feedback from the console. The improved sensor does however mean you need to be a lot more precise with your moves, as random flailing that was marginally acceptable in the games predecessors won’t pass this time around.

Sadly, Ryse didn’t make an appearance in Paris. Luckily, I have been reliably informed that it is nothing serious and the game will be appearing at future Xbox One events, including later dates on this tour.

There were, unfortunately, a number of games available which I just did not have time to play. Focusing on the bigger titles meant missing games such as Zoo Tycoon, Peggle 2 and even Kinect Sports Rivals. Hopefully, one of you attending a future tour date might be able to bring me up to speed on these (tour dates are available HERE). In all, I have been impressed with what I have seen in Paris, though I will hold back my definitive opinion until full release.