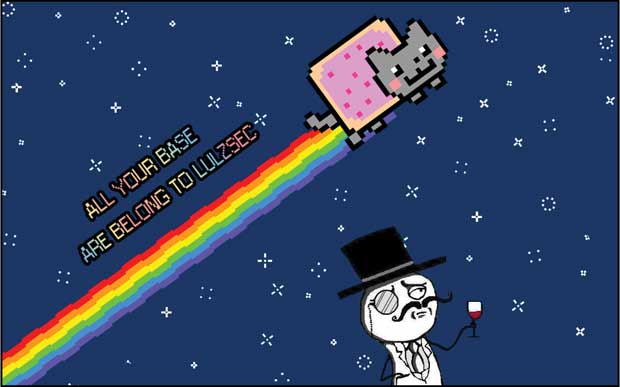 Xbox owners and users of Xbox Live have been quick to criticize Sony for their recent security issues and for their inability to keep consumer information uncompromised. Not so fast. The now infamous hacker group, LulzSec, has now reportedly targeted Xbox Live accounts among others that hold valuable personal information.

The group released a list of over 62,000 emails and passwords on a file sharing site last night, and though it has been taken down multiple times since, LulzSec was quick to mention that the list had been viewed thousands of times. Accounts for popular sites and services like Xbox Live, PayPal, Facebook, and Twitter were all open to the public for a short time and reports are coming in that some users have already seen unauthorized purchases under their accounts.

It should be noted however that Xbox Live or Microsoft are not actually at fault here. Technically Xbox Live has not been breached as the group acquired e-mails and passwords from a variety of sources, and that information was tested as login info to Xbox Live. In other words, the people at risk most here are the ones who use the same e-mail and password for accounts across multiple sites and services.

At this time, not a whole lot of information is available on the leak. However, it should be advised that anyone with an Xbox Live or even PayPal account for that matter, should check to see that no mysterious purchases have been made without consent and to verify that none of the passwords associated with those accounts have been changed.

Update: Microsoft has issued a statement on the recent claims – 6-17

“This group appears to have posted a list of thousands of potential email addresses and passwords, and encouraged users to try them across various online sites like Xbox LIVE in the event one of the users happens to use the same password and email address combination.  At this time we do not have any evidence Xbox LIVE has been compromised. However we take the security of our service seriously and work on an ongoing basis to improve it against evolving threats.” – Microsoft