The latest news in the world of video games at Attack of the Fanboy
March 17th, 2016 by Kyle Hanson 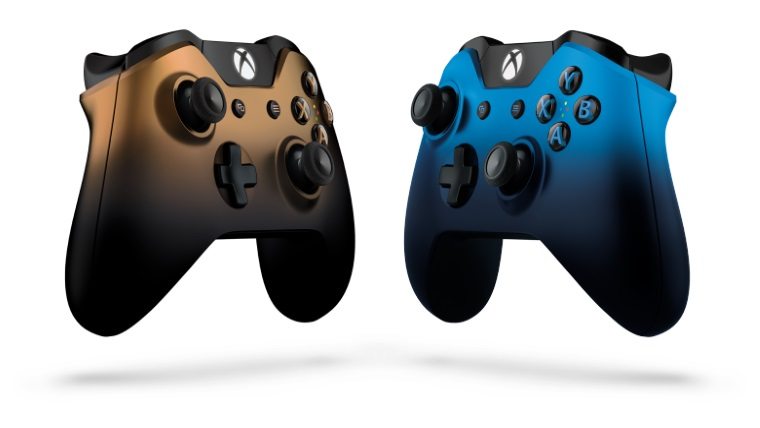 Microsoft has not shied away from pushing out lots of different Xbox One controllers. From Halo 5 versions, to just different colors, Xbox One gamers have a wide variety of controllers to choose from, some more outrageous than others. Today Microsoft has posted two new controllers for fans to pre order. These ones lean more to the subtle side of alterations, with a simple orange and blue paint job that really makes them look gorgeous.

“We’re always listening to our fans at Xbox and are committed to providing a range of controller options for gamers, as we know they value choice. You’ve already seen our modern camouflage-patterned, military-inspired series of controllers – Covert Forces, Armed Forces, and Midnight Forces. Today we are pleased to announce a new Special Edition shadow design series for Xbox One Wireless Controllers: Dusk Shadow and Copper Shadow.”

The Xbox One Special Edition Dusk Shadow and Copper Shadow Wireless Controllers are now available for pre order from the official Microsoft Store, Best Buy, and Gamestop. The units cost $69.99 with a release date of March 22nd (the 24th on Gamestop for some reason). The blue Dusk Shadow Xbox One controller appears to be a Best Buy exclusive, with the orangeish Copper Shadow being on Gamestop, though both can be purchased from Microsoft directly.

Both of these controllers will be available in the U.S., Canada, Mexico, Chile, Colombia, Argentina, and Brazil through March. More regions are coming in April.