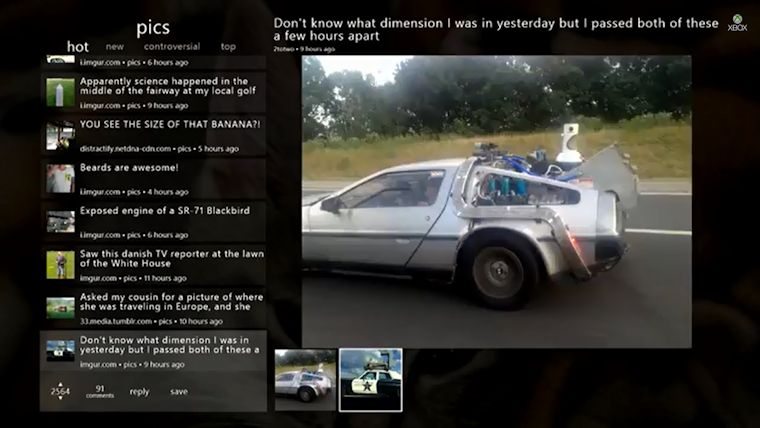 Microsoft has always been good at coming up with unique and useful apps for us to use on their gaming platforms, but the latest for Xbox One may be one of the most surprising, but still very useful. Major Nelson took to his blog to reveal the existence and impending release of the ReddX app for Xbox One.

That ReddX app as you might imagine is the official Reddit app for your Xbox One, with the following description given for the new Xbox One app.

“Starting tomorrow, you can combine your reddit experience with the biggest screen in your home: thanks to Xbox One, while you game, you can also browse the first-ever reddit app for the TV. ReddX on Xbox One can be Snapped to the side of your TV while you’re gaming or using another app to help you monitor and join in threads on the site while you’re doing anything else. Thanks to ReddX, redditors can interact with each other in similar ways to the reddit.com experience, and in addition unlock unique media achievements named after some of the Internet’s favorite memes. In fact, I just posted the first reddit thread created from a console tonight before we officially launch in the morning – check it out here.

“ReddX on Xbox One lets Xbox Live members in the U.S. and Canada check out every subreddit in addition to a customized main page. You can read text and view images, videos and GIFs on your TV and can even zoom in or out of text and images for a closer look.

“Using ReddX also allows you to upvote or downvote a thread with just the touch of a button, as well as easily add your comments using your Xbox One controller, media remote or Xbox SmartGlass on your smartphone, tablet or laptop. If you find an image that’s just too good to pass over, ReddX lets you save a photo to your profile or set any image as the background for your ReddX app.”

You can check out the official announcement from Larry Hyrb, aka Major Nelson, yourself below:

ReddX Announced For Xbox One