Xbox One tops PS4 performance in Assassin’s Creed Unity, according to DF 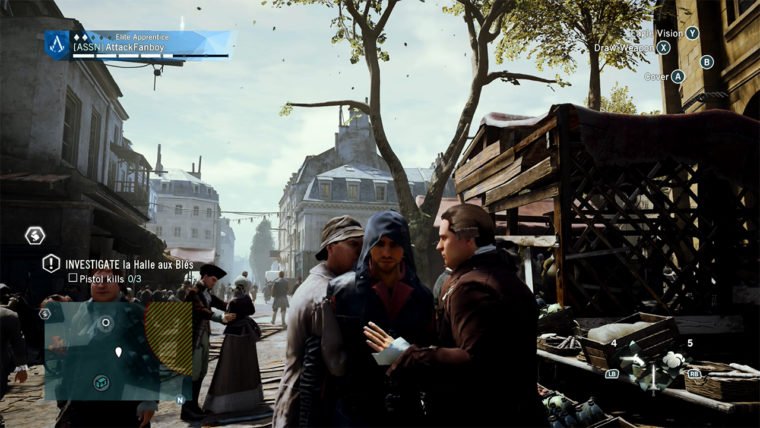 Digital Foundry has been pitting the PlayStation 4 vs the Xbox One for about a year now, and we’ve a lot of the same results from their analysis.  Almost all third party games that graced both the Xbox One and PS4 had a slight advantage on Sony’s machine, harnessing additional GPU power for better on-screen performance.

Apparently, Ubisoft’s release of Assassin’s Creed: Unity is a different story, with their tests claiming that the Xbox One is the better performing game, among two underachievers.

From the report:  “We know that the Microsoft hardware has more CPU time available, and that animation and AI tend to stress processor hardware heavily. The sheer volume of objects on-screen means that the CPU is working overtime in order to prepare the draw-call data for the graphics hardware. There’s also the possibility that the Microsoft compiler may be producing more efficient code than its Sony equivalent, though it’s hard to believe that even this combination of potential factors could explain the performance differential we see here in many places.”

Digital Foundry concludes on what a lot of reviews have been saying (including our own), both games have performance issues, but for reasons unknown the Xbox One sees numerous performance differential in a number of areas, despite the PlayStation 4 having more raw power.  While Assassin’s Creed: Unity is hardly the poster child for optimization.