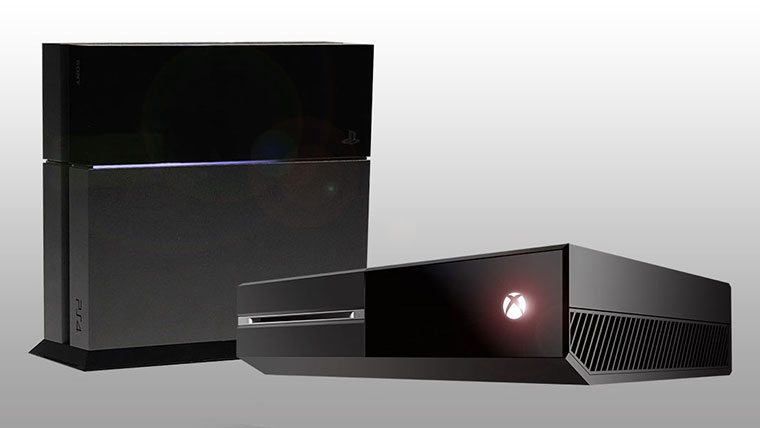 This is a special year for gamers, with two next-gen console releases scheduled to launch in time for the holidays.  It is truly an event that occurs with even less frequency than the World Cup, Olympics, and French presidential elections.  In a way this mimics presidential elections for gamers, with two main candidates (Xbox One vs PS4), and a third (WiiU) out in the fringes.  In a world growing ever more accustomed to yearly technological iterations (notebooks, tablets, and smartphones), this eighth generation of gaming consoles will be the first in the post iPhone era.  So what can we expect from Microsoft’s Xbox One and Sony’s PS4 holiday launch later this year?

While each company is experienced with several previous releases, they are now catering to an ever broader international market.  The sheer amount of complexity needed for the coordination and logistical efforts of a release will make it highly likely that there will be initial supply shortages.   If there are any consoles left on day one after the almost yearlong online pre order period, be assured they will be ravaged from the stores shelves by overnight campers hungry for a taste.  It is no coincidence that every console from the last two generations from the Dreamcast to the PS3 have initially sold out during their first holiday season (WiiU standing as the lone exception).  The supplies of next-gen consoles at launch time in North America have tended to stay within the 300,000-600,000 range with an almost one to one ratio of units sold during the first week after release (yes even the Dreamcast).  This means that the rate at which Sony or Microsoft will be able to keep up with demands remains relatively stable across console generations even though demands have never been higher, a formula for nearly assured supply shortages. Adding fuel to the fire, Vrzone and Gamespot have quoted analysts anticipating shortages and predicting initial shipment supplies to favor the Xbox One by a factor of up to 3 to 1.  But if previous releases are any indication, we should see a large number of speculators reselling their “day-one” consoles on eBay hoping for impulsive and desperate buyers to snatch them up at prices inflated by 2-3x.  Last time around, a total of 10% of the initial Xbox 360 supply was resold on eBay followed by a number of PS4’s selling as high as $2000.  Like all speculation, entering into the reselling game is not without risk and the profit may be significantly slimmer after considering the seller’s expenses of initial taxes, selling fees and shipment.  Then again, we’ve heard this before, albeit to ill-effect. 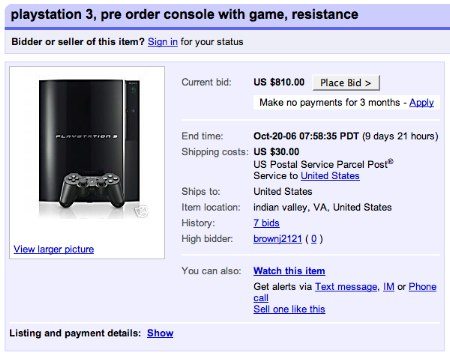 After the technical problems experienced by both the Xbox 360 and PS3 at release, notably the infamous red ring and yellow light of death, there is hope that both Microsoft and Sony will pay more attention to detail in order to minimize errors this time around.  However, the probability of hardware errors almost ensures that problems will be encountered on these large scale releases.  This is similar to the way problems persist with new smartphone releases (e.g. iPhone 4 grip of death, Samsung S3 microphone issues).  In fact, there are estimates that Xbox 360 failure rates range from 23-54% while the PS3’s failure rates were around or below the 10% mark, and the Wii at a low 1%.  This site provides a nice graphical analysis of the failure rates between the Xbox 360, PS3, and Wii.  By comparison, smartphone malfunction rates for the first year after release lie between 2-7%, add the accident rate which tests for screen durability and the like and the problem totals become 12-17%.  There is some optimistic news in this regard, as reported by Dailygame, the operating temperature (the usual suspect in PS3 and Xbox 360 failures) will be between 5-35 degrees Celsius, a significant step down from the 45-55 degree PS3 operating temperature. 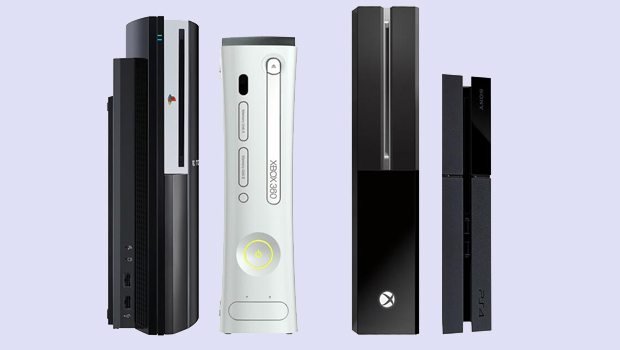 Games of Hype, Marketing, and Momentum

With over $120 million spent in marketing for the Xbox 360 and PS3 last year alone, we are just beginning to make out the immense marketing tsunami heading our way.  A PR battle has already begun with both companies hoping to bolster or offset their first impressions during the Xbox One and PS4 reveals.  Anticipate both companies reinforcing their branding and support for the new consoles with a wide range of peripheral products as well as smartphones, tablets, and apps.  This battle will be the driving force of momentum changes leading up to holiday season where both Sony and Microsoft will be looking to lock in undecided consumers.  It wouldn’t come as a shock to see plenty of endorsements from companies such as Netflix and ESPN all the way to celebrities (is Seth Rogan staying with Xbox?).  In addition, we should see a complimentary marketing push from game publishers feeding gamers mouthwatering trailers and gameplay footage for their new titles and exclusives.  Ubisoft exec Tony Key is on the record stating that in order for publishers to be fully committed to new franchise games, they need to be spending as many resources on marketing as on game development.  At least 30-50 games are said to be available on each console by the end of 2014 and thanks to the new indie developer programs at both companies, gamers can expect to have plenty of choices in terms of new home grown and often ingenious titles.  These releases also mark a transition point for home gaming and it should be interesting to see how each company will embrace and position their console for the new and growing mobile gaming market.  Can we expect Microsoft’s Xbox Live and Project Glass or Sony’s Playstation App usher in any novel new concepts?

Lastly, in addition to the marketing pushes, expect every tiny detail of the upcoming consoles to be heavily scrutinized under the magnifying glass of the countless magazines, forums and blogs.  The enthusiast’s attention will shift to the discussion forums and article comment sections as the battle for choosing the “right” next-gen console rages on.  Exaggerations will flourish, advice will be dished out, and feelings will be trampled, all in the name of one tech giant or another.  The next-gen console elections are soon at hand so remember to tread lightly and carry a big stick. This is after all, a very rare and remarkable event, when the candy shop comes to your door, so it’s time to get excited!

If the Xbox One, PS4, and WiiU were running in a presidential election, which party or candidate would you say they would be? Leave your thoughts below!