The latest news in the world of video games at Attack of the Fanboy
November 5th, 2011 by William Schwartz 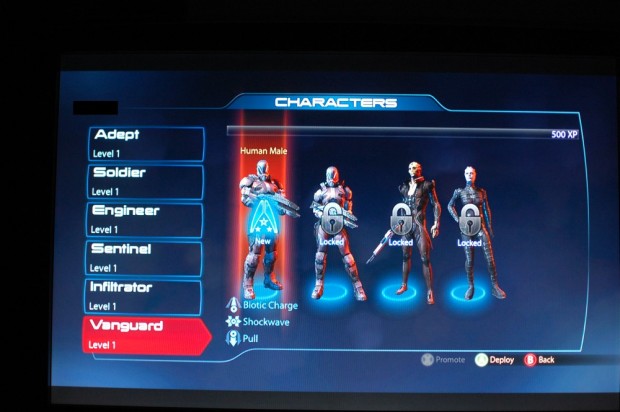 Late last night some users on Xbox 360 got access to the Mass Effect 3 Beta.  The internal beta for Mass Effect 3 was accidentally available for users that had enrolled to beta test the fall Xbox Live dashboard.  Don’t get too excited, the content has already been taken down.

However, before the content was lifted, users managed to snag screenshots from the beta.  As well as take notice of a few unannounced features.  According to multiple users, modes that were available were “Action Mode”, “Story Mode”, and “RPG Mode”.  Bioware has issued a statement surrounding the leak, with Casey Hudson addressing fans:

“We want to stress that these features are still in the early stages of development and will receive considerable iteration and refinement. These modes are designed to give players an even finer degree of control over their game experience than ever before. Whether it be someone who finds the combat difficult but wants to experience the amazing story, someone who wants to focus on the action and combat game play, or fans who want the rich, story-driven RPG Mass Effect experience they’ve come to love – Mass Effect 3 will support all of these options. We’ll have more info in the days ahead!”