The latest news in the world of video games at Attack of the Fanboy
March 5th, 2016 by Dean James 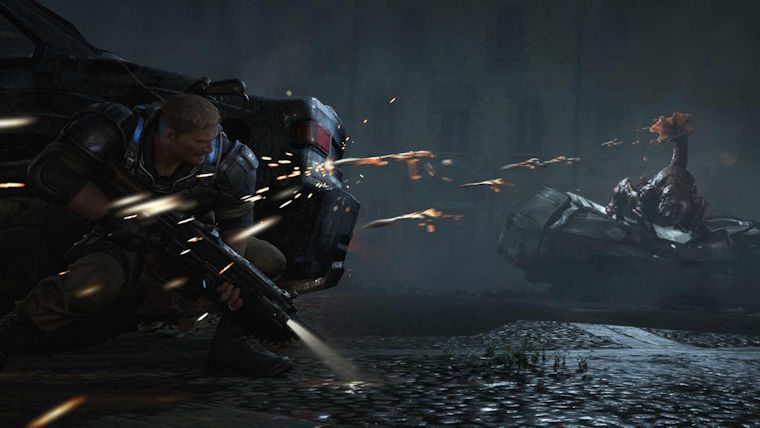 The Gears of War franchise helped to define the early days of the Xbox 360 and saw the release of four games total on the console. The series may have changed hands to a new developer in that time, but according to one top man at Xbox, Gears of War 4 is in excellent hands.

Aaron Greenberg is the head of Xbox Games Marketing at Microsoft and obviously plays a vital role for the company. Naturally, he would be privy to new gameplay for upcoming games earlier than most and that is just what happened with Gears of War 4.

Studio Head of The Coalition, Rod Fergusson revealed late last night on his Twitter that he had been going to Redmond, Washington to do internal demos for Gears of War 4. He then specifically revealed that Aaron Greenberg was one of the lucky people to get to see the latest gameplay for the game.

Greenberg then took to his own Twitter to retweet that message while adding his own that said:

“Yes my mind was blown today thanks to @GearsViking trust me @GearsofWar 4 in VERY good hands. #BETAUPNEXT“

It obviously is Greenberg’s job to help promote upcoming Xbox exclusives especially, but he has always been very trustworthy in what he says. With the beta coming in the near future, we will all get to see just how good Gears of War 4 is for ourselves.