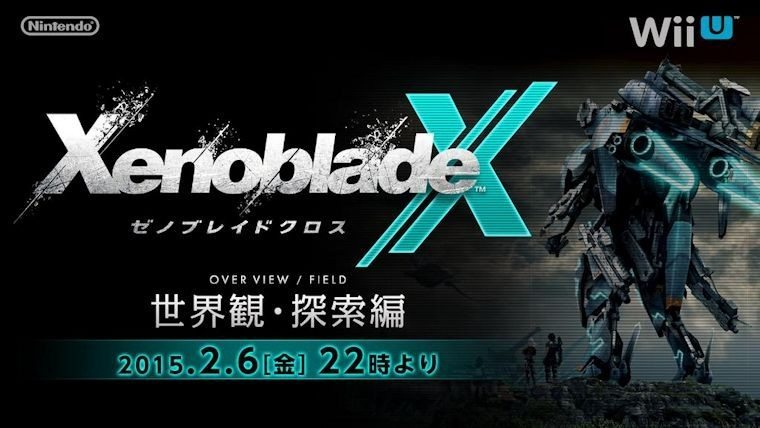 Nintendo has a number of very exciting games coming throughout 2015 and Xenoblade Chronicles X is no doubt one of the most anticipated. The original Xenoblade was very special, but Xenoblade Chronicles X is even more ambitious and looks like it will already be a contender for game of the year when all is said and done. We’ve gotten waves of information about the game over time, but now Nintendo and Monolith Soft are ready to reveal even more with their own stream, akin to the line of Nintendo Directs that Nintendo has done over the last few years, though this is its own separate thing.

Through the game’s official Japanese Twitter page and website, it was announced that the special stream would be held at 22:00 JST on Friday night in Japan. This means that it will be held at 8:00 am EST and 5:00 am PST in the US on Friday morning. Specifically, it was revealed that they will be showing off the world itself and just how big it really can be.

As of right now, there is only the announcement of the Japanese stream, so it is possible we may not even get our own. However, it is likely that they will at least have subtitles added in, as with past Japanese exclusives Directs. Either way, we are bound to learn plenty more about Xenoblade Chronicles X later this week.