The latest news in the world of video games at Attack of the Fanboy
May 26th, 2015 by Dean James 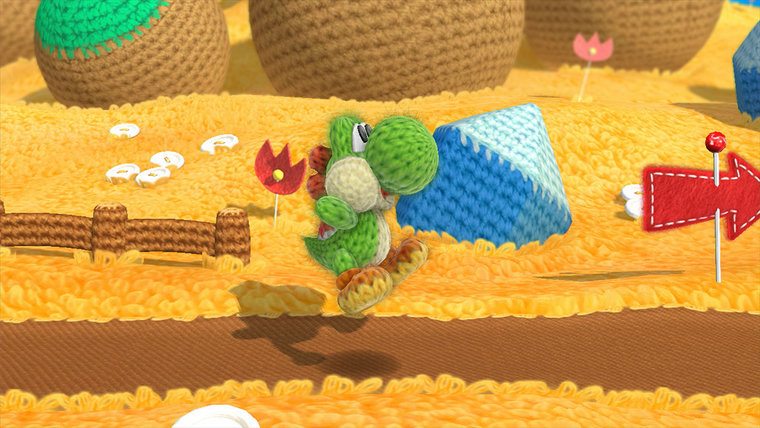 Yoshi’s Woolly World was announced a good while ago before it even had an official name, but we learned last year of its actual title and Nintendo has been providing us with a bunch of footage and information over the last year. The game isn’t out for awhile in the US, but with the small Wii U HDD size, many have wondered just how big Yoshi’s Woolly World will be and we now have that answer.

The most recent Nintendo Direct revealed that Yoshi’s Woolly World had in fact been delayed from Summer to Fall in the US, but Europe is still getting the game in the Summer months, specifically June 26. With that, review copies have been sent out to certain media outlets over there and one Italian source had revealed just what the file size is.

Thanks to NintendOn, who posted an image of the installation to Twitter, we now know that Yoshi’s Woolly World is about 7.2 GB, more specifically 7,226 MB. This is a pretty large game for Wii U standards, granted it is nowhere near what Xenoblade Chronicles X will be later this year. With the OS and everything, this game wouldn’t even fit on the base 8 GB model of the system. Certain games like Super Mario 3D World were less than 2 GB while Donkey Kong Country: Tropical Freeze was more than 10 GB, but there should be little doubt that this game will look gorgeous considering just how good even Super Mario 3D World did with a much smaller size.