The latest news in the world of video games at Attack of the Fanboy
March 26th, 2015 by Damian Seeto 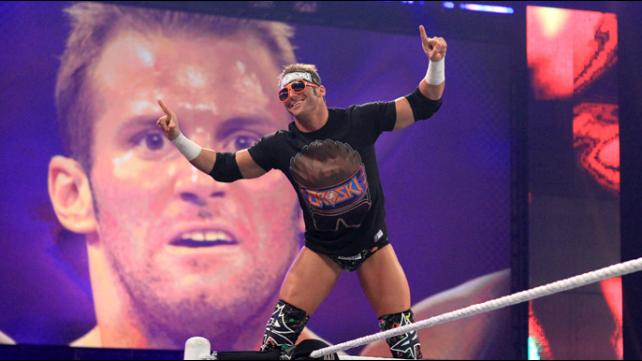 “I also got full body scanned by @WWEgames. I was in nothing but my Elf boxers. #Awkward Hopefully I’m in the next game. #WrestleMania”

The fact that Zack Ryder had a full body scan means this is a strong chance he will be in WWE 2K16. Although this may not mean 2K Games may put him in the roster. They could leave him out again like they did for WWE 2K15…

2K Games claims Zack Ryder was left out of WWE 2K15 due to inactivity and injury. Ryder has not been relevant since 2011/2012 and was never featured regularly on television. To put insult to injury (literally), Ryder was out with an injury in the latter end of 2014. These are reasons why they didn’t put him in WWE 2K15.

With Zack Ryder getting a full body scan, this means 2K Games has faith and might add him in WWE 2K16. He came back from his injury earlier this year and will be a participant in the WrestleMania 31 Battle Royal.

His fans are hopeful he will be in WWE 2K16. It will be sad if 2K Games scanned him, but decided not to include him…